Report: Maple Leafs about to get "entirely new" logo and uniforms

Are The Leafs about to drop their iconic colours and logo?

Share All sharing options for: Report: Maple Leafs about to get "entirely new" logo and uniforms

A report has surfaced today indicating a forthcoming announcement that The Leafs will adopt "entirely new" logos and uniforms for the 2016-17 season.

Chris Creamer at sportslogos.net reports his team has confirmed a new design is forthcoming. 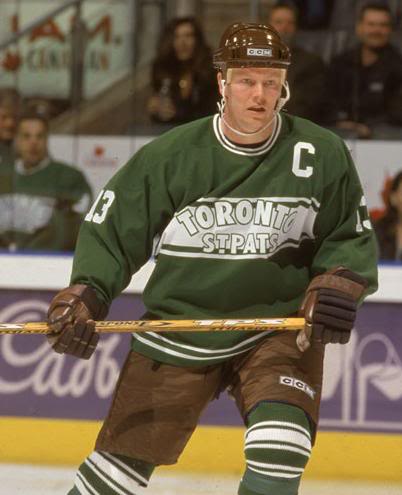 How radical will the change be? The only hint they offered is that the new logo will be "a combination of all past team eras, plus a nod to the future". That's pretty vague, but suggests the iconic blue and white Maple Leaf logo won't be disappearing entirely, and the Leafs will still wear blue and white striped socks, pants, and gloves.

Perhaps there will be the addition of an accent colour, like green as a nod to the St. Pats, or silver, as a nod to our future Stanley Cup wins with Steven Stamkos as first line centre?

The Leafs will join other teams re-branding their logos as the NHL approaches its centennial year, and the 50th anniversary of expansion. Last week the Florida Panthers announced they will replace their iconic leaping cat, and hockey stick / palm tree logos for next season.

What would you change if you were in charge? Vote in our poll.