Third time's a charm? The Leafs look for their first win against the struggling Penguins this season.

As of today the Penguins stand a surprisingly low fourth place in the Metropolitan division with only 37 points, that's only two wins ahead of The Leafs, and five points out of even a wild card playoff slot.

The Penguins problems are well documented, so I won't go through it all again beyond reminding everyone Young Tyler Bozak still has more goals than the elderly Sidney Crosby. Perhaps a trade can be made here? Leafs can throw in a gently used Roman Polak to balance it out...

Since our last meeting on October 31, The Penguins fired head coach Mike Johnston and brought in Mike Sullivan from their AHL affiliate. Since the change The Penguins have a 2-5-0 record. Their last game was a loss to The Thrashers on Sunday.

Let's have some fun with numbers!

Updated split between Johnston and Sullivan. Next games will be telling - vs WPG, DET, CHI... pic.twitter.com/yI5roQGhj6

Check out that absurdly low 5 vs. 5 shooting % under Sullivan. That excludes the Penguins last game where they were shutout, bringing it down to 3.6%. The all situation sh% in that same period is 5.2%. Considering that Malkin has 17 of the team's 78 goals, other players must be really firing blanks. For reference, the Leafs 5 vs. 5 shooting % this season is 6.9%, and 8.4% in all situations.

Penguins goaltender Marc-Andre Fleury is still out after a possible concussion two weeks ago. Kris Letang was out for the same reason, but appears to have recovered and will be back in the game tonight.

James Reimer will start tonight after another poor outing by Jonathan Bernier, and the rest of the team, led to yesterday's 6-3 loss.

Babcock says Bibeau is on his way to rink in a car. He will back up Bernier

There are reports Froese was injured in yesterday's game and this may be coverage if he is not able to play. I'll just go ahead and slot Arcobello in on the fourth line. 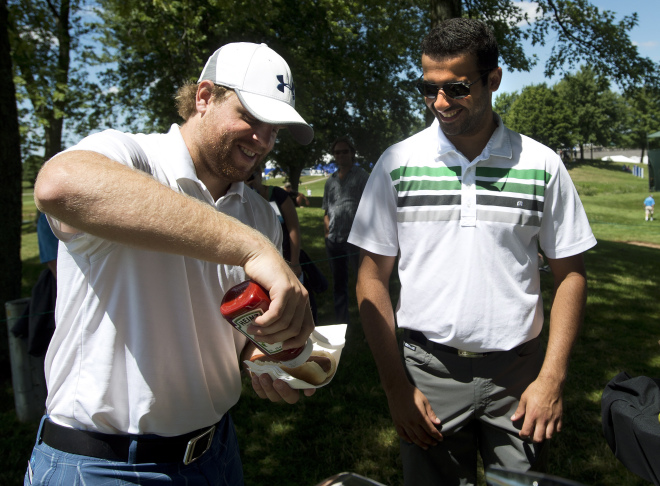