Editor's Note: All images are courtesy of Rohit Saxena (@rohitsaxena and his Flickr feed)

This week I had the opportunity to go to the Ottawa Hockey Analytics conference put on by Michael Schuckers of St. Lawrence University, Shirley Mills of Carleton University as well as Rob Vollman. I’m sure others were involved in the organizing but those are the three I remember for sure.

I’ll do my best to give a brief overview of the presentations but anyone else who was there can feel free to correct me in the comments below. Some of the analysis was a bit over my head – especially when they delved into the math behind their work. Since I’m no longer a student, I basically took zero notes so I’m going purely off memory – errors and all. I’d also like to point out that I am by no means an expert in analytics and so I may have made really stupid mistakes. I would suggest maybe emailing or messaging the presenters directly if you’d like a copy of their presentation (and if they are willing to share the slides). A copy of the program can be found here. 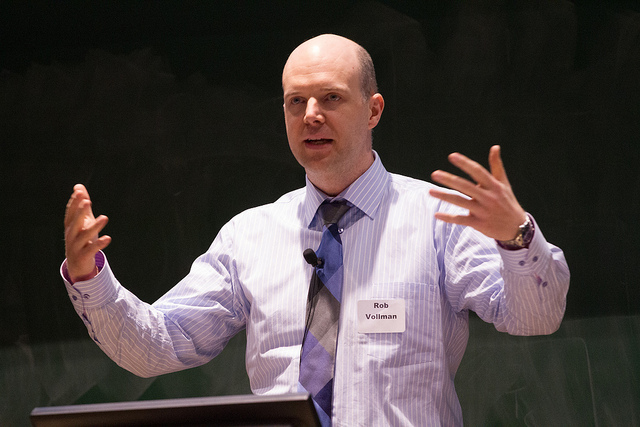 Rob Vollman started off the conference with a presentation that focused on the history of analytics going from the introduction of +/- in the 1940s to the addition of Save Percentage in 1982-83. He traced back the first hockey analytics blog to Iain Fyffe’s Puckerings that began in 2001 and noted a few of the other blogs that contributed to the field’s development. In particular, he argued this past summer marked a real transition point in part because so many analytics writers were hired (Dellow and numerous others) but also because Toronto moved in that direction as well. If memory serves me correct, he pointed out that the Leafs’ repeated failures – essentially bearing true predictions made with analytics in the face of "conventional" wisdom – were another key contributor to getting more people interested in the subject. 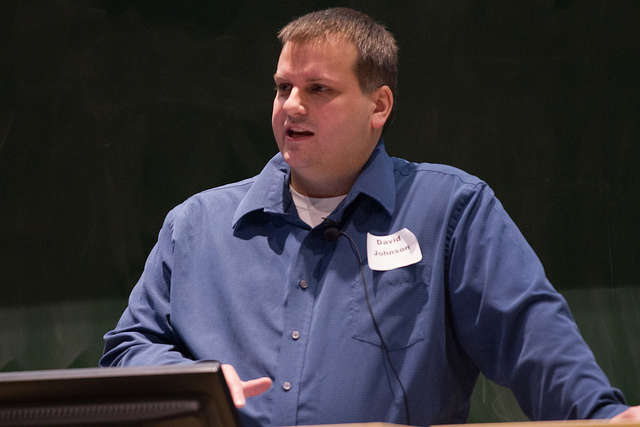 In the first moderated segment of the conference, David Johnson from hockeyanalysis.com outlined how he collects and organizes data for his website, and noted some of the issues with the RTSS (Real-Time Sports Statistics) system that the NHL uses. He also went over the three key data sheets that he uses (the Game Summary, Play-by-Play, and one more I can’t recall). While the presentation was informative, it was a bit hard to hear everything he said so unfortunately I will have to leave it at that. 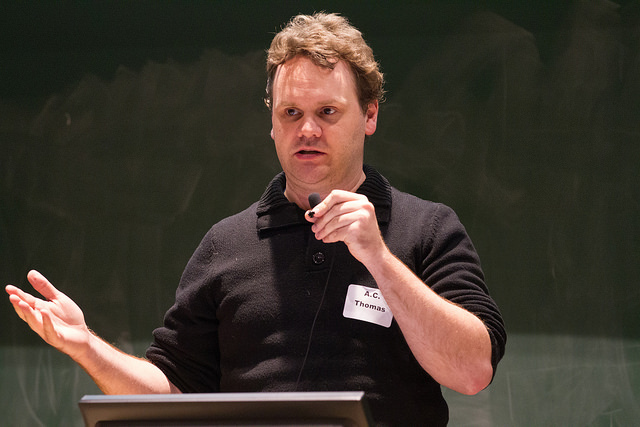 Next up was Andrew Thomas from the University of Florida and war-on-ice.com, who covered some of the same topics as Johnson. He also addressed the site’s Passing Project, which is an attempt to build up a community of people that track game data to correct issues with, and complement data found in, the RTSS. As far as I can tell, the project is aimed at identifying players that are generating scoring chances – who is really setting up quality chances? In a brief search, I found a video here. that talks about the project’s goals and how people are actually gathering the data. Thomas was keen to get others to participate, so send him a tweet @acthomasca and I’m sure he will send you more information. 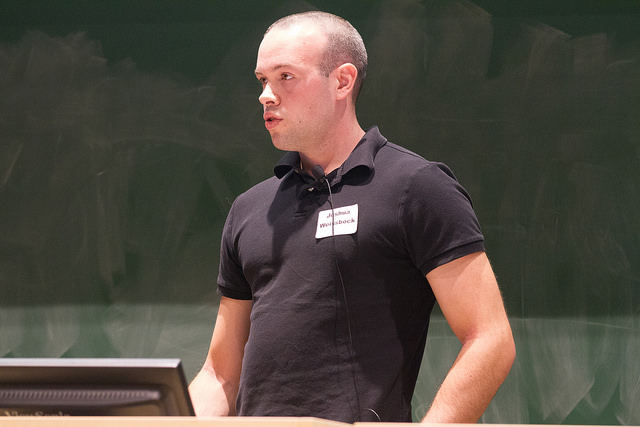 Josh Weissbock from CHLStats.com (and well known for his Sham Sharron draft simulation that you can find here) highlighted the current extent of analytics for junior players. He touched on the info collected on his site and the challenges of gathering data from leagues that offer very few sources – essentially just the Game Sheet – although he noted the QMJHL was moving towards gathering more information. 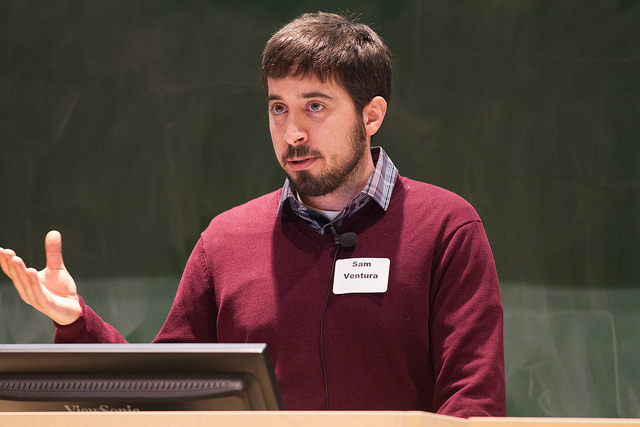 After lunch the conference turned to some of the newer contributors to analytics. Sam Ventura, another co-founder of war-on-ice.com, spoke about the issue at the core of Corsi/Fenwick: we weigh all shots the same even though we basically know that not all shots are created equally. He argued that using weighted shots (a goal counts for 1 and a shot attempt counts for 0.2) would help improve this metric. For some reason I am blanking on the rest of his presentation, but as I have mentioned and will continue to mention, send these guys a message on twitter if you want more information on their work. 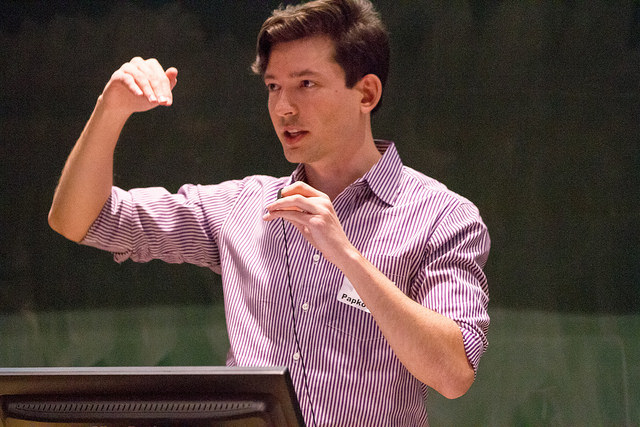 Alex Diaz-Papkovich, a Master’s student at Carleton whose website can be found here, presented his findings on how to fill in the gaps left by the RTSS. It records who was on the ice at face-offs and during certain events, but it doesn’t cover line changes, etc. You’ll have to track him down to get more information because he went way into the math for the first half of his presentation, but when he turned to the application of his improvements he argued that we can help identify which players are actually contributing positively and negatively to a team’s performance. Right now we’re basically using WOWY, while his "association rule learning" method aims to identify what happens when a player is on ice and how probable it is that a given player actually helped produce that outcome. For instance, he showed that when Kessel is on the ice the Leafs are more likely to have positive events (e.g. shot attempt) and it is likely that he is the one causing it. Conversely, when Bozak is on the ice the team has more bad events (e.g. shots against) and he is likely causing that as well. I can’t do his argument justice, but this post on his site covers this topic in-depth and way more clearly than I ever could. 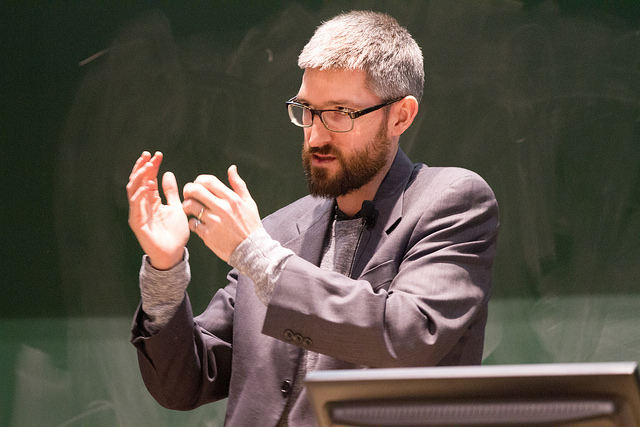 The subsequent panel focused on Ottawa and Quebec, bringing together our own Stephen Burtch, Emmanuel Perry from Senstats.com, and Andrew Berkshire of SB Nation’s Eyesontheprize.com. If Burtch ever shows up here, he can probably do a much better job at summarizing his presentation but suffice to say he looked at the impact of coaching changes, using the Carlyle to Horachek example to illustrate that we can do a better job understanding the impact a coach has on their team. 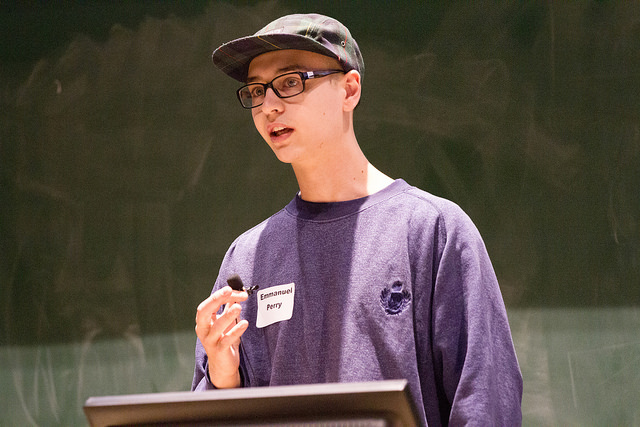 For his part, Perry outlined his project tracking what he calls microstats – intensely in-depth data points for every game. His focus was on what he called "Blue Line Events" – the puck crossing the blue line in certain situations (dump-ins without a change, carry-ins, etc.) to gather even more information about the impact individual players have in a game. He centered his presentation on Cody Ceci, using him as an example to highlight what his data can show: essentially, Ceci lets too many players cross the blue line with possession. I would highly suggest getting in touch with Perry through twitter (@MannyElk) because he is also trying to gather a community together to get these data points for every team. While it is a lot of work – he mentioned having 400-500 data points each game – he believes that once we remove situations that we don’t care about (e.g. a team dumping the puck in and changing, or a pass back to a defenseman on your own team), we can really delve into a player’s contribution. His presentation was extremely interesting, and I mentioned to my wife that a team like the Ottawa Senators – on a tight budget – would be stupid not to hire a young kid like that to gather data for them. 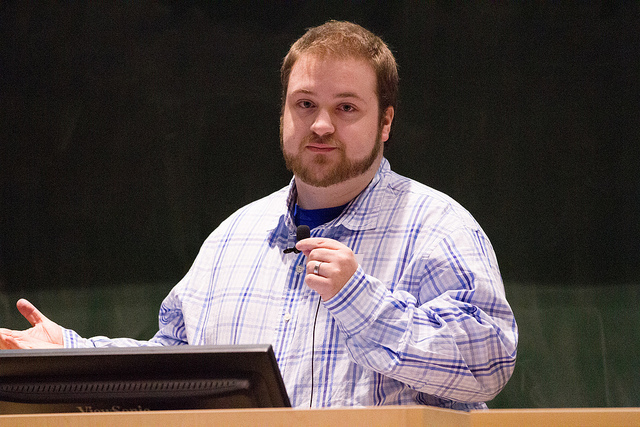 Finally, Andrew Berkshire argued that Michel Therrien has made Subban a worse player by playing him with weaker teammates and altering his style of play. 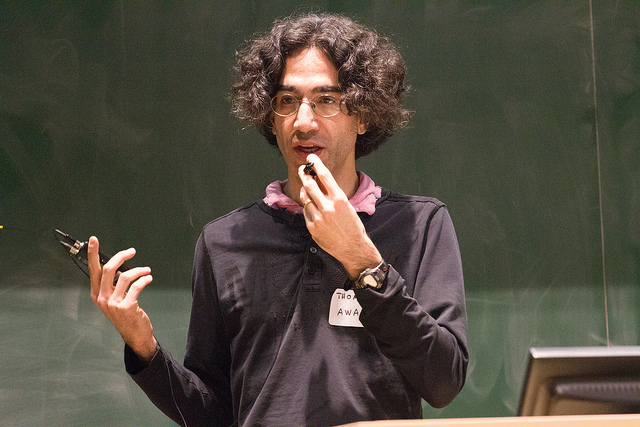 In the day’s final panel, Tom Awad (contributor to Hockey Abstract) examined the shortcomings of our current sources. Not only is the RTSS flawed in that the events are recorded in real time and are subject to human error, but we still do not know as much as we would like about how much individual players contribute to events on the ice. Basically, we’re not adding any new statistics – we’re just using what is available, combining and analyzing the information in different ways to give us more information. If the SportsVu technology actually works the way it is supposed to – and we are given access to its data – then things might change. 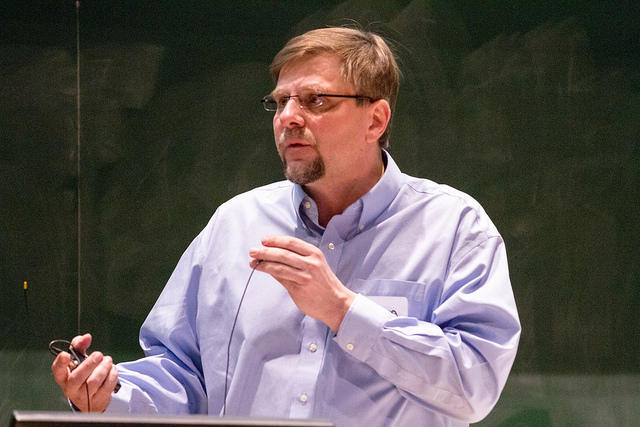 The next speaker, Timo Seppa from HockeyProspectus, shared data he gathered from Quinnipiac’s NCAA team where he tracked offensive and defensive plays. In particular, he looked at which defensemen were forcing teams to dump the puck and how well they retrieved it afterwards. For forwards, he looked at how they entered the zone (carry-in, dump, or pass). If I’m remembering correctly, he noted that a defenseman that forces a team to dump the puck more often is not necessarily the best defenseman on the team – they have to be able to retrieve the puck. Another factor is that a team’s style will affect the data: Quinnipiac often used a style that left the LD to pick up a team’s dump in after the RD forced it at the blue line – so the stats looked favourable to RDs but not LDs (or vice-versa, I can’t remember). 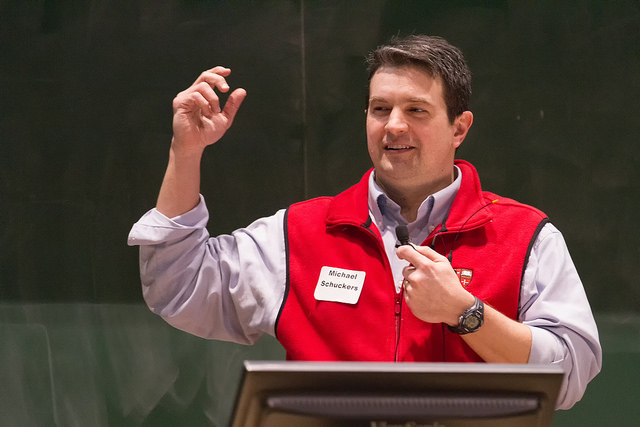 Last but not least, Michael Schuckers offered a different perspective on the draft. He took Central Scouting Service’s (CSS) draft rankings from 1998-2002 and compared how they did relative to other teams. Using a player’s TOI over the next 7 or 8 seasons, he tried to gauge how team scouts perform relative to the "market" – the information freely available to every team. His findings suggested that NHL team scouts outperform CSS in the 2nd and 3rd rounds but perform worse in the final rounds (6th and 7th). So in the first rounds (outside of the 1st), teams should go with what they think is best, but in the late rounds they are probably better off just taking the next highest CSS-ranked player available.

For my part, I truly enjoyed the conference and each of the presentations even if my hazy memory results in errors here. Even my wife enjoyed it, although she only understands the very basics of analytics. Before you try to argue against any of the findings I’ve mentioned, do yourself a favour and track down the speaker so they can properly explain their work.

Last but not least I’d like to give an extra thanks to Rob Vollman, who signed a copy of my Hockey Abstract and put up with my extreme awkwardness with great politeness. I look forward to the opportunity to attend another analytics conference in the near future, but if nothing else this event reinforced my faith in fans from across the spectrum to come together in an attempt to better understand the game we all love.