The Ducks have a chance to win the Campbell Bowl tonight on Chicago ice.

Hawks fans seem to be clamoring for Trevor van Riemsdyk; Timonen has really struggled. Cumiskey too, but Timonen noticeable.

They're not the only ones clamouring for a van Riemsdyk!

And based on morning skate looks like Van Riemsdyk won't be in.

Sorry. He's got his hands full with something else tonight.

Let's take a second to acknowledge this fantastic sports section cover from the Chicago Tribune.

The Ducks have a chance to walk away from Chicago with their third Clarence Campbell Bowl in history tonight. That would tie them with the Kings, Canucks, Flames, Stars, and Islanders.

Yes, the Islanders were in the old "Campbell Conference" prior to the 1981 realignment. Anyway, it would tie them with those teams with 3 wins each. Edmonton has the most with 7.

The last time the Ducks won the Campbell Bowl was the 2006-07 season, when they thankfully defeated the Ottawa Senators in the Stanley Cup Final.

At this point, anything that can be written about this series has been written and read by all of you. Let's instead have some fun.

Here's some trivia from 2006-07, the last season the Ducks were conference champions. 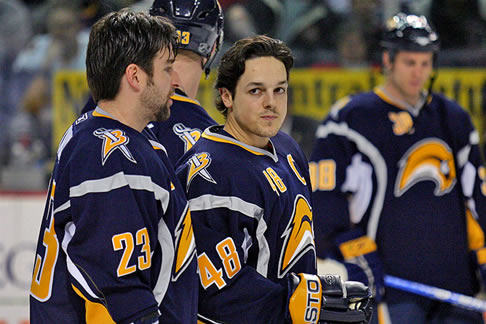 Who won the President's Trophy and who was the team Captain?

Who won the Conn Smythe Trophy?

Who won the Art Ross Trophy?

Who won the Calder Trophy?

Who won the Vezina Trophy?

Who was the only player to dress for more than a full 82 game season (84 games total)?

Sean Avery. He was traded form the Kings to the Rangers mid-season and ended up playing in 84 games total.

Which team had the lowest regular season point total (56)?

Ex-Leaf Ed Belfour played his last NHL game, but for which team?

Which team was the only one to be swept from the playoffs?

The Thrashers, by the Rangers. 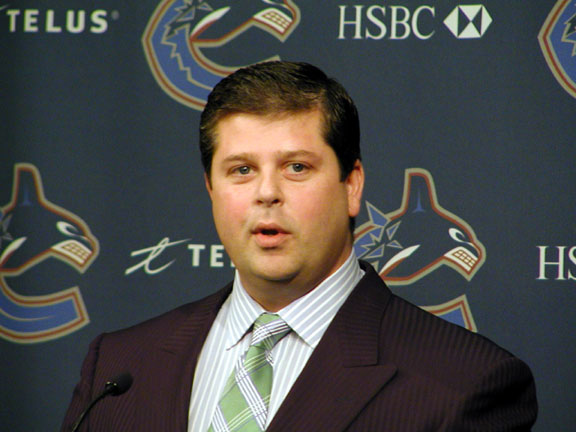 Which playoff series was the only one to go to 7 games?

The Canucks won 4 games to the Stars' 3.

Which current Tampa Bay Lightning player made his NHL debut in the 2006-07 season with the Rangers?

Which player received a 25 game suspension for deliberately attempting to injure?

Who became the first Swedish player to reach 500 goals?

Which future Vezina trophy winning goal-tending prospect did the Leafs trade away during the season?

Which free agent left the Leafs for the Stars? 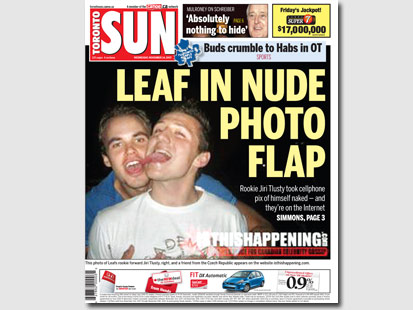 Which Leafs draft pick took nude pictures of himself and a selfie while licking another man's face that would later wind up on the cover of the Toronto Sun?