Share All sharing options for: Just move the Arizona Coyotes to Hamilton already!

On May 5, 2009, Coyotes owner Jerry Moyes filed for bankruptcy, and agreed to sell the team to Blackberry magnate Jim Balsillie for $212.5 million. Balsillie wanted to move the team to Hamilton, but the NHL balked. They fought him and won. After years of turmoil, they finally secured a new owner to bring stability to the franchise (at least for five years) at the end of 2014.

I'm sure you have a few questions.

"So what happened this time?"

We heard rumblings in May that some members of Glendale city council believe IceArizona (the legal entity that acts as the Coyotes ownership group) have breached their agreement with the city.

city officials claim the money that cash-strapped Glendale is paying to the team's owner, IceArizona, is instead going directly to Fortress Investment Group, the New York-based asset manager which financed holding company IceArizona's purchase of the Coyotes.

Glendale Vice Mayor Ian Hugh says using taxpayer dollars to pay down the team's debt rather than for direct arena management expenses amounts to a breach of contract. Hugh says he hopes in coming weeks to rally support on Glendale's seven-member city council to direct the city's attorney to explore whether the Phoenix suburb can get out of its contract with the Coyotes, a potential legal battle that could finally herald the Coyotes' exodus from the desert.

Naturally, the Coyotes deny this is a breach of the contract.

This action by the City of Glendale is completely ludicrous, especially in light of the fact that myself and Andrew Barroway visited with the City yesterday and the particulars of this were never raised.

Well it is kind of devious to meet with someone and fail to bring up there’s a whole big problem that in 24 hours will blow up in a giant media circus. I sense a cat fight is about to break out.

In fact, we to this moment have not been advised of this other than the notification on the City website. The City of Glendale is displaying a complete lack of good faith, business acumen or an understanding of a business partnership.

"But aren’t there 100 reasons Hamilton can’t have a team?"

Copps is too old!

Copps Coliseum FirstOntario Centre is showing it’s age, and it is smaller than modern arenas, but that shouldn’t stop this move. Wikipedia says hockey capacity is over 17,000, and a few million sunk into concessions and locker rooms will bring it up to contemporary NHL standards. It was built to host an NHL team after all. Perhaps it won’t impress Olli Jokinen like the Air Canada Centre, but it will do. It has hosted the AHL Bulldogs for the past 9 years. The arena staff know how to run a hockey venue.

There’s no local fan base!

Well that didn't stop Bettman putting a team in the desert.

There will be. Remember that other time Balsillie tried to move a team to Hamilton? 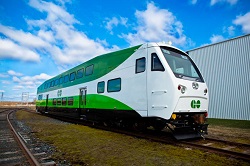 Plus it's not difficult to make a trip there from Toronto.

GO has run special event trains before, and the team could partner with them on ticket packages like the Toronto Rock, whose Free Ride Home promotion for their home opener wound up carrying through the whole season.

And, of course, there’s a ton of parking available. This is Hamilton we're talking about.

"Won't the Leafs and Sabres object?"

Everyone has a price.

How much would the Leafs and Sabres want in exchange for a part of their territory and fan base? It doesn’t have to be an unreasonable amount. A Hamilton team isn’t going to leave empty seats in the ACC. People in Niagara won’t spontaneously change allegiance to the Steelheads.

It will mean the end of revenue sharing to the cash black hole in Arizona. Bell will no doubt go to war with Rogers to snag the regional broadcasting rights as payback for the national TV rights deal. That could mean another 5 Leaf games a year exclusive to TSN in much of Ontario which is an advertising goldmine.

"What about Vegas, Seattle, or Quebec?"

None of these cities are ready for a hockey franchise to start playing in three months. Hamilton will actually have one playing in three months: the new OHL Bulldogs. Slotting in an NHL team will create some minor scheduling issues, but if the ACC can host three pro-sports teams at once, each with a unique playing surface, the FirstOntario Centre can host two hockey teams.

These cities are better off as expansion destinations. Moving the Coyotes to one of these cities could mean hundreds of millions less in lucrative expansion fees. Our friends at Five For Howling summed it up nicely:

Back in 2009, when the Coyotes were on the verge of being moved to Hamilton, Ontario, the potential relocation fee for the team was set at $101 million (though the NHL would argue the total cost of compensation the league would need to offset damages was $195 million). Given the near exponential rise in (albeit pricier) expansion fees, a relocation fee is going to be high - perhaps as high as $200-300 million.

An expansion team in Vegas is reported to command a $500 million expansion fee. If the Coyotes move there instead of Hamilton that’s at least $200 million of revenue straight out of the league's pockets.

"OK. You convinced me, but what about the 'Yotes' fans?" 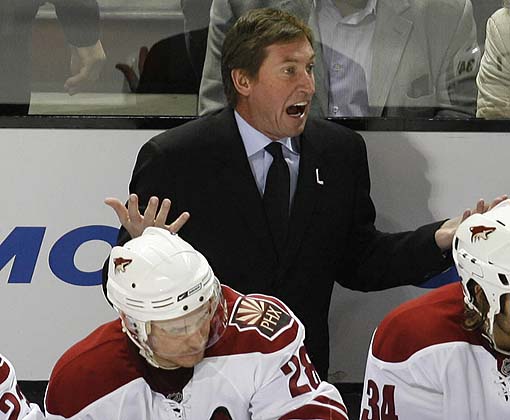 Of course I convinced you. It’s pretty obvious it’s in the best interest of the players, the league, and IceArizona to move to Hamilton. They can do it themselves, or sell and move.

I understand a few hundred Winnipeg Jets Coyotes fans who invested emotionally in this team will be disappointed, even angry, but the league can’t run on fans’ cheers.

You need butts in the seats, eyeballs on TV, and mouths swallowing $12 bud light limes.

Glendale/Phoenix has been given more chances than they deserve and it’s time to shut down this circus for good.