"Hot dogs? I toss the buns and eat the wieners."

Share All sharing options for: Get to know PPP: Species 1967

Q: Who are you and where did you come from?

Birthed from womb of Dragon's maw, and borne unto the stars, by light and darkness cast aloft.

I was actually born in fluidic space in the mid-24th century. My sole purpose in life was to kill that annoying clarinet playing twerp Harry Kim on USS Voyager. Unfortunately the wily Captain Janeway kept foiling my plans with a series of increasingly implausible plot twists that made that whole show such an insufferable slog. 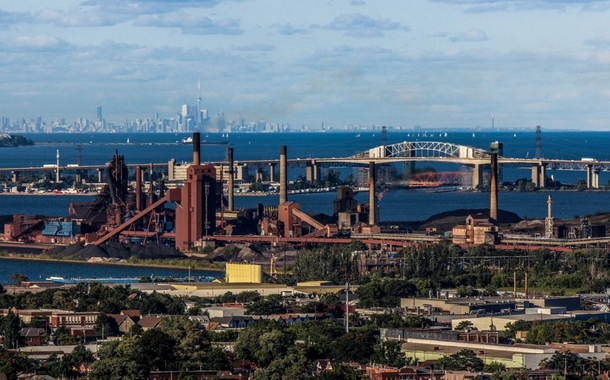 Then, in a blinding flash of simulated lens flares, the time line was rebooted and I was born again as a human male in a place called Hamilton, Ontario: that weird city on the other side of the lake with lots of one way streets and idle steel mills.

You will never find a more wretched hive of scum and villainy.

I mean we're talking about a city in Ontario that willfully supported the stinky Habs AHL affiliate, and before that, the LOLOILERS AHL affiliate!

Q: Oooookay then.... so how did you become a hockey fan?

It was the Mighty Ducks movie. Paul Kariya was my favourite player.

Yup. Stop reading now if you like. I won't blame you.

I even had a giant MD poster on my bedroom wall, but it didn't last long. The poster that is. One afternoon it fell off the wall - it was held up by that promising, but ultimately useless, sticky putty stuff - and I guess I had teased the cat too much or something because she sneaked into my bedroom and took a giant dump on top of it while it was lying on the floor.

So let's just gloss over that whole 'Ducks fan' chapter of my life, mmmkay?

Q: So how did you become a Leafs fan?

I kind of tuned out hockey for about 7 years or so after that. It wasn't until 2005, when I moved to Toronto, that it came back into my life. I used Craigslist to find a new place to live with a roommate - I swear Craigslist was a thing people actually used for those purposes back then - and he turned out to be a big Leafs fan. The very day I moved in he introduced me to some of his friends who were also big hockey fans, some of whom actually worked inside the hockey world for NHL organizations.

All this went down a few days after the lockout ended in July 2005. It became quite an exciting time: I got lots of insider gossip (though it turns out 'insider' gossip is about as accurate as what you find on Ecklund's Twitter feed), and to enjoy the beginning of the new post-lockout NHL. Obviously, we now know things did not turn out as planned for the PA and the league, but back in October 2005 it really did feel like the league had wiped the slate clean and was embarking on a new era. Scoring exploded, there were new rules, penalties were actually called, and there was some weird salary cap thing!

Through all of that I fell in love with our hapless Buds, led by an amazing and handsome Swedish captain named Mats Sundin. A tradition was quickly born on Saturday nights at our little Cabbagetown house: we would would watch Bob Cole call the Leafs game while chugging 50's, raging at Paul Maurice's coaching, and lamenting the parade of shitty goaltenders. 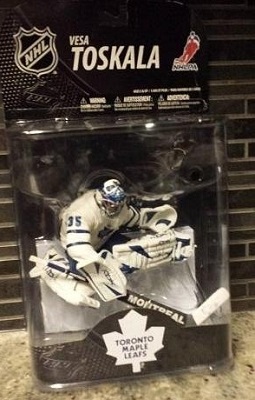 When the Satellite Hot Stove came on in the second intermission we would bolt down to Hair of the Dog on Church Street where we would watch the last period, and then head out to cruise the bars. If we both struck out on the meat market with no one to bring home we would rendezvous at Crews to watch the last drag show, then grab a hot dog (!!!), and walk home piss drunk.

Regardless of how terrible they were on the ice, those few years will probably be the most crazy and memorable of my life, and the names of that era's Leafs will forever be linked with good times in my mind: Sundin, Kaberle, McCabe, Steen, Antropov, Ponikarovsky, Stajan, Wellwood, Tucker, Blake, Kubina, and Wade Belak (RIP).

I am even the proud owner of a Vesa Toskala action figure, still in the original packaging!

Q: I understand you really like James van Riemsdyk...

What's not to like about this tall, hot, sexy, goal-scoring stud of a hockey player? We fell in love the moment we first saw each other. I could see in his eyes that he wanted me to take him home and never let him go (except for games and practice). James likes to play hard to get. We have this cute little game where he escapes his restraints and pretends to run away from my basement like he doesn't love it there. 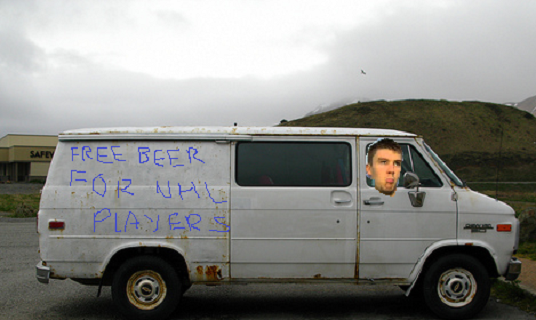 I end up having to chase him down in my beautiful 1989 Chevy Express. He pretends to not want to come back, but I know he's really madly in love with me.

What are you, RCMP or something?

Q: What's the deal with Reimernier?

It started in 2013 when some mittenstringer decided to manufacture a story that Reimer and Bernier hated each other and were fighting to be the 'number one goalie.'

I found some Reimernier fanfic on AO3 and posted an excerpt on PPP. It was all in good fun and to corrupt that narrative by implying maybe Reimer and Bernier weren't fighting, but actually falling in love. 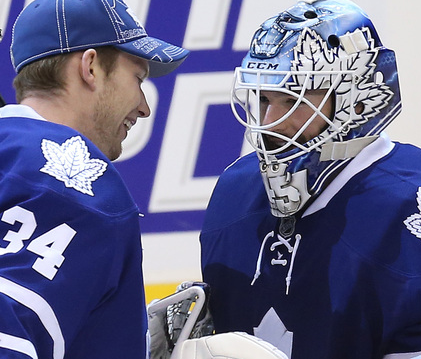 It was an unexpected hit. So much so that I decided to to write my own original Reimernier vignettes. The first went up shortly after. I have now posted about two dozen odd installments about the highs and lows of their relationship. I wish I had saved them all somewhere, but, I actually think it's more fun that they just appear randomly every now and then, and you have to find them to keep up. Some are sad, some funny, and some sexxxy. Often they involve PPP hot topics of the moment - Reimer hates Swiss Chalet fries - but ultimately they simply are about two handsome young goalies falling in love.

If you haven't kept track, Bernier asked Reimer to marry him after a game last November. They haven't set a date yet but everyone is very excited about it!

Q: You sound like a really awesome and super intelligent person who is no doubt very sexually attractive. How can I follow you on social media?

You can't! I'm an old and don't understand those things.

However, I do have a Tumblr account where I reblog pictures of JvR and lots of other hockey, and moderately NSWF, GIFs. Follow me!

I'm on the FTB rotation and during the season I write game previews too. I also write about Rogers, the hockey media, MLSE management, the business of hockey, and whatever else is topical. Here are some samples of my work:

Sportsnet has heard your complaints about HNIC, and dismissed them

Why is Tim Leiweke still here?

I also run the Species 1967 test kitchen. It started in response to CBC News posting a ridiculous story about Mike Fisher having a favourite Spaghetti casserole. I have since developed my own superior pasta casserole, which upon tasting JvR declared it to be "the best casserole I have ever tasted though it's really hard to eat with my hands tied up like this."

So that's me. It's a pleasure to be allowed to contribute to such a fun site with such an amazing community.