Tweet Share
 Tweet Share on Twitter Share Share on Facebook Pin Pinterest 37 Comments ⋆ Rec Recommend this Post 4
I've mentioned a lot over the past few months that I'm very interested in going to some Toronto Furies games this coming season.
Even more, I'm also very interested in making some sort of PPP meeting out of it!
Well, now that the schedule has been leaked I figured I'd make a threat to gauge Fulemin's interest in the latter (and the thread in general for everyone else).
The Toronto Furies' season opens on Saturday October 17th, with another game the day after on Sunday the 18th. Both games are against the defending CWHL champs, Boston.
Here's the first two months of the schedule: 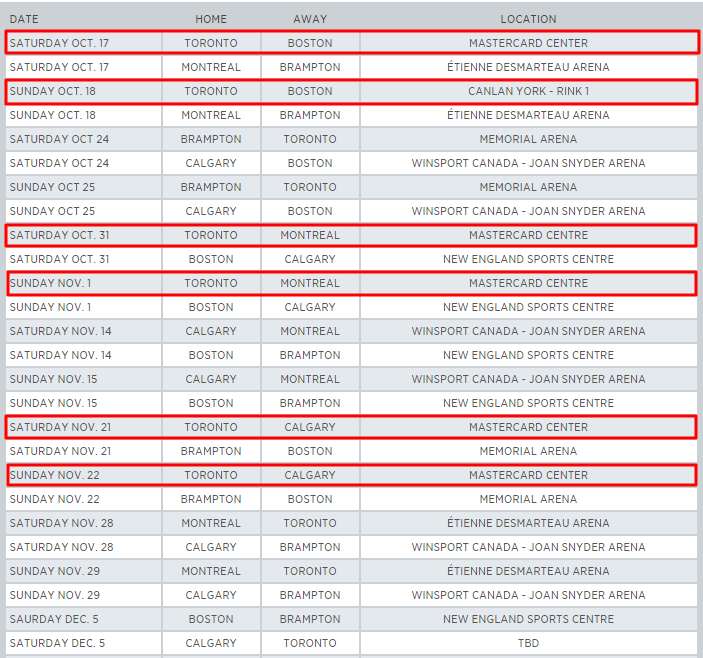 I was thinking going to the season/home opener would be fun, so let me know in the comments if you're interested in going! If somehow you already know that you wouldn't be able to do that game, also let me know and maybe we can all arrange a more optimal game for a PPP outing,
Also, while the schedule has been leaked I can't find out how much tickets cost. If anyone has happened to go to a game in the past and knows about how much they are let me know!