From the Branches: It's getting hot in here

Share All sharing options for: From the Branches: It's getting hot in here 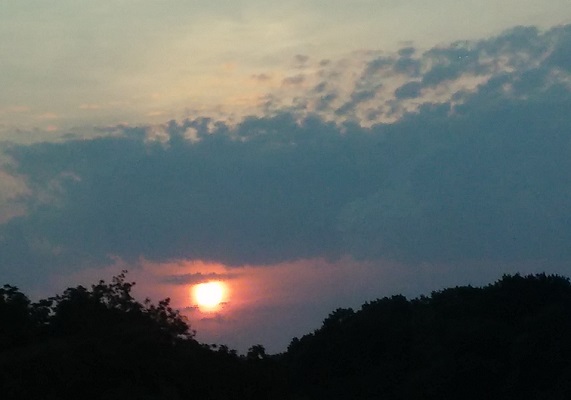 I hope all you early risers had the chance to see this morning's spectacular bright red sunrise.

According to Environment Canada, the forecast high for Toronto today is 32ºC, with the humidity making it feel like 39. It's going to be sunny all day and there is no chance of rain at all. It's going to be hot and sweaty in my basement out there; perfect weather to wear non-cargo shorts.

Celebrating The Life of "Teeder" Kennedy - Pension Plan Puppets
For the sixth anniversary of his death, Singjay visited Ted Kennedy's hometown of Humberstone, Ontario to ask residents about the Maple Leafs legend. All the responses were very similar. He was a man who always seemed to have time to chat, a true gentleman in every way. My adventure led me to a wonderful place called the Port Colborne Historical & Marine Museum. Here are some of the stories that he found there.

A closer look at high-priced NHL defencemen - TSN
Yost takes a look at the cost and benefits of elite defenceman.

Pavel Bure’s new hockey league for old star players sounds awesome - Puck Daddy
From Yahoo Sports: Are you tired of having to dust off old copies of NHL 94 to get your Pavel Bure and Teemu Selanne fix? Well, dust no more: The World Legends Hockey League is coming soon!

The World of Hockey in the Year 2000 - CBC Sports
Thanks to a Reddit user, we’ve been given a glimpse into the past at what some saw as the future of hockey.

Jay McClement Has The Worst Team Adjusted Corsi - Kukla's Korner
Why does a player like that keep playing in the NHL? In part it is because team adjusted Corsi isn't telling the whole picture. Players like McClement tend to play against the toughest opposition and get a significant number of defensive zone starts which will hurt his Corsi. Those things must be corrected for in order to get a true view of McClement's play.

Is this video software company set to take hockey analytics to the next level?
Here's a look inside what is happening inside the Jeff Petry fan firm, Sportlogiq