From the Branches: Happy Birthday Bernier!

Yesterday started out as just another quiet day in the off-season. Then it got messy.

Share All sharing options for: From the Branches: Happy Birthday Bernier!

As far as I can tell, there is little new information beyond what we learned yesterday about Patrick Kane. He has still not been charged with a crime, and the investigation is proceeding. The Buffalo News has a summary of the current facts here.

This is not a gossip site, so please do not post theories about what happened, or any un-sourced 'facts'.

Our own clrkaitken has written a great essay on the culture of hockey that you should read: When will the NHL stop letting us down?

There is a very important poll on Bernier below.

The Maple Leafs Bottom 25 Under 25: a look at the nine prospects no one ranked in our survey. Some of them will be attending this tournament. Perhaps they will prove us wrong.

This Dean Lombardi speech will make you want to run through a wall for America - Broad Street Hockey
It's a great speech. "The line has to be drawn here. This far. No further! And I will make Canada pay for what they've done." Then he used a hockey stick to smash a display case containing replica bronze medals and Stanley Cups. 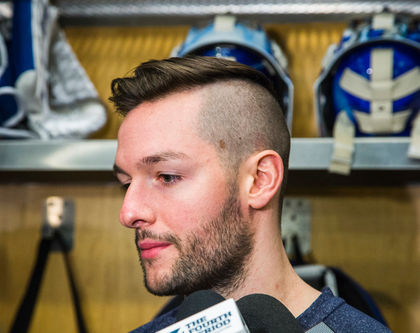 There is not much hockey news out there right now. As you can imagine a lot of sites put posts on hold yesterday.

Feel free to ad interesting links you find to the comments.

Have a nice weekend, and don't forget to vote in the poll!