The new NHL season is about to begin. You remember all the trades and free agency moves over this off-season, right? Of course you don't! Here's a refresher of who has moved where. 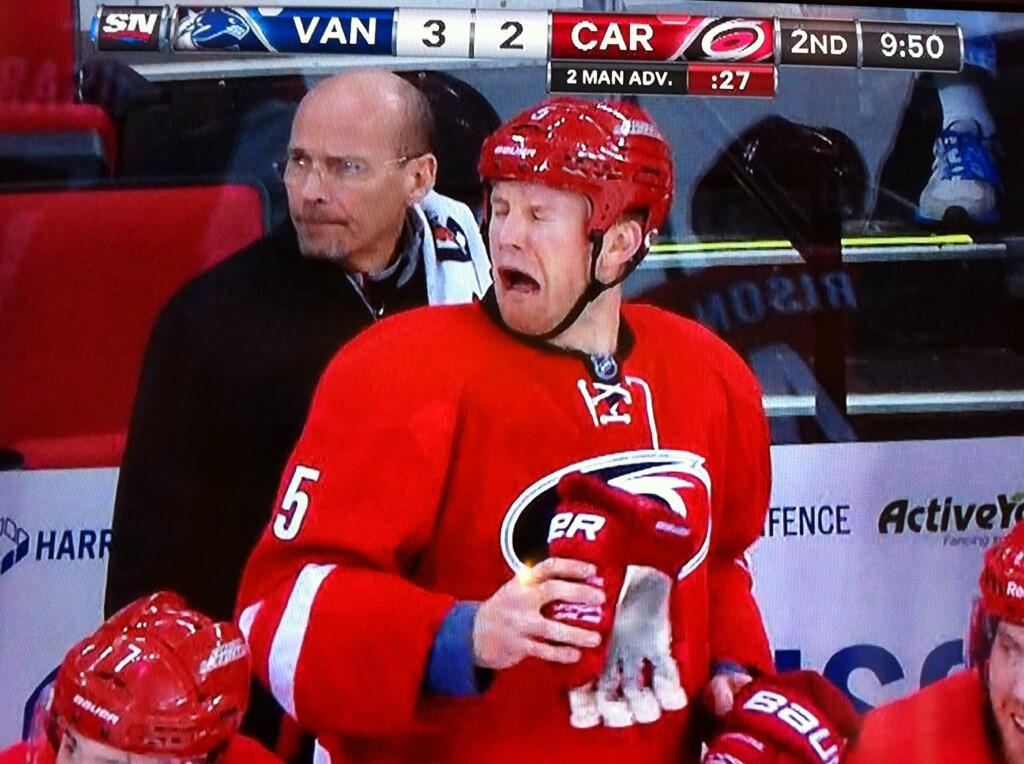 The Hurricanes made two big trades at the draft. The first sent backup goalie Anton Khudobin to The Ducks in exchange for defenceman James Wisniewski. Wisniewski hit a career high in points with the Blue Jackets in 2013-14 with 51 in 75 games. Last season he cooled off a bit and was traded at the deadline to The Ducks. Wiz also has his own clothing line called WizWear!

Later that day The Hurricanes made a second trade. Now needing a backup goalie for Cam Ward, they reminded everyone how it's a buyers market for goalies sending only a third and seventh round pick to The Canucks to pick up the delightful Eddie Lack.

There was also the draft itself. With the fifth selection the Canes picked up the top rated defenceman, Noah Hanifin. Hanifin is at the Canes training camp now and has a good chance of making the roster on opening night.

After all those moves the Canes decided they had had their fill of Alexander Semin and bought out the last year of his $7M AAV contract. Semin took his talents to Montreal hoping to find a niche in which to play.

Columbus made one of the biggest trades of the off-season; sending Artem Anisimov, Marko Dano, and some bottom six players to the cap-crunched Blackhawks, in exchange for young star Brandon Saad. The Hawks could simply not afford the RFA's well deserved raise. Their only alternative was to play out what would have been the biggest Offer Sheet war in NHL history, something we know NHL GM's loath.

Saad will immediately jump start the Jackets offence; last season he posted 52 points in 82 games. Think about that point total and remember he's only 22 years old, and he's won the Stanley Cup twice.

Beyond that big trade, the Blue Jackets had some activity in and out of the roster on the Free Agency market: Mark Letestu left for the Oilers, and the Jackets signed ex-Bruin Gregory Campbell.

Then there's David Clarkson. Two games after he was traded to Columbus, Clarkson fall down go boom and was out for the rest of the season. This season will effectively be his debut.

It will be interesting to see how much the Jackets' offensive punch improves this season. Lou Lamoriello's retirement as General Manager actually happened all the way back on May 4, but it was assumed he would stay involved within the organization as President, and assist new GM Ray Shero. It was quite a shock for everyone in July, after 30 years with the Devils, Lou jumped ship to the Maple Leafs to be the new GM.

At the draft, the Devils used the sixth selection to pick up Czech center, Pavel Zacha. Zacha is still with the team at pre-season games and it is not clear if he will stay for now, or be sent back to his junior team, the Sarnia Sting.

In free agency the Devils let go of the player who has confused many a Leaf fan only paying half-attention to a game on TV: Steve "the other" Bernier - who is not related to our Bernier. The Devils also picked up famous ex-Leaf Jiri Tlusty, whom you may remember enjoys photography in his spare time.

Veteran and team captain Bryce Salvador retired, writing a poignant goodbye in the Player's Tribune; and the Devils bought out the final year of 37 year old Dainius Zubrus' contract .

Joining the team is Kyle Palmieri from Anaheim in exchange for a second round draft pick and a 2016 third round pick.

Presently skating with the team on try-out contracts are Tyler Kennedy and our old Leafs buddy Lee Stempniak! 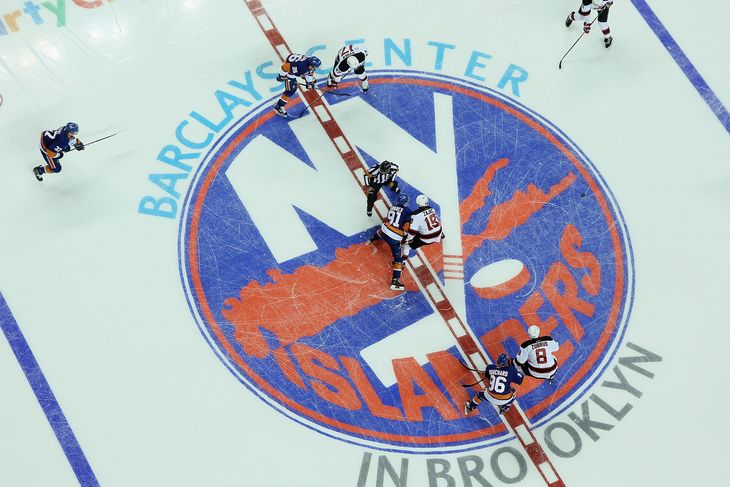 The biggest change for the Islanders this season is where they play. They have officially left the asbestos filled Nassau Veteran's Memorial Coliseum for the shiny new Barclays Centre in Brooklyn. The Barclays Centre was designed primarily basketball and concerts. Shoehorning in a hockey rink has created a few rather odd arrangements including about a thousand obstructed view seats, and a scoreboard that hangs off-centre. It remains to be seen how quickly the new locals will take to the team, but at least there now are many more actual locals, and the Barclay's Center is in the city surrounded by lots of bars and restaurants, and not a giant parking lot and a whole lot of nothing.So far it seems to be working, though there are a few kinks to work out.

With respect to roster moves, the Islanders made two big trades this off-season, one just a week ago involving the Leafs. The speedy Michael Grabner arrived in Toronto in exchange for five Leafs prospects. You can read what we wrote about that deal at this link here!

At the draft, the Islanders moved their first round pick (4th overall) from the 2012 draft, defenceman Griffin Reinhart, to the Oilers in exchange for a first and second round selection in this year's draft. Reinhart played 8 NHL games this season and was then bumped down to the AHL. Clearly he did not click with the direction the management was looking to take the team, so they hit the reset button and used Edmonton's selection (which was originally Pittsburgh's) to draft centre Matthew Barzal.

Veteran 39 year old defenceman Lubomir Visnovsky left in free agency, and is presently on a try-out contract with the Blackhawks. It is possible he may end up retiring. As discussed below, Michal Neuvirth left for the Flyers; and as mentioned above, the Islanders signed "the other" Bernier.

After 15 years Glen Sather stepped down from his role as Rangers General Manager and turned the day-to-day operation of the team to Jeff Gorton, who was the AGM. Approximately 80% of Gorton's Wikipedia bio is used to tell the story of that time he was the Bruins GM for three months during which he made a single trade: sending 'star' goaltender Andrew Raycroft to Toronto in exchange for obscure goalie prospect Tuuka Rask. Perhaps that's part of the reason why Shanahan attempted to lure him to the GM job in Toronto, but Glen Sather refused to let the Leafs speak with him.

Also departing to retirement was Martin St. Louis. St. Louis arrived from Tampa in 2014 after a public falling out with GM Steve Yzerman. St. Louis would be bitterly disappointed in his two seasons with the Rangers; losing in the Cup final in 2014, then being bounced from the playoffs by his ex-team at the Conference Final in 2015.

The Rangers made some big trades to start the off-season. First, super-fit Swede Carl Hagelin was sent to Anaheim in exchange for Emerson Etem and some draft picks, clearing a big chunk of salary cap space. Immediately after that highly regarded backup goalie Cam Talbot was traded to Edmonton for more draft picks.

Defenceman Matt Hunwick left with free agency, and the Rangers picked up winger Viktor Stalberg. Back up goalie Antti Raanta arrived from Chicago for some draft picks.

The Rangers also added Jarrett Stoll, whom you may remember had a wee little run in with the law this past summer; trying to walk through a security pat down line with an alleged eight-ball of cocaine and MDMA tablets in his pockets. Stoll's felony possession charge was eventually dismissed, which you could totally see happening to a non-celebrity like you too, right? Stoll plead guilty to a misdemeanor and basically no one is to ever speak of those events again. He's now "put it all behind him" and "the past is the past" /snort. 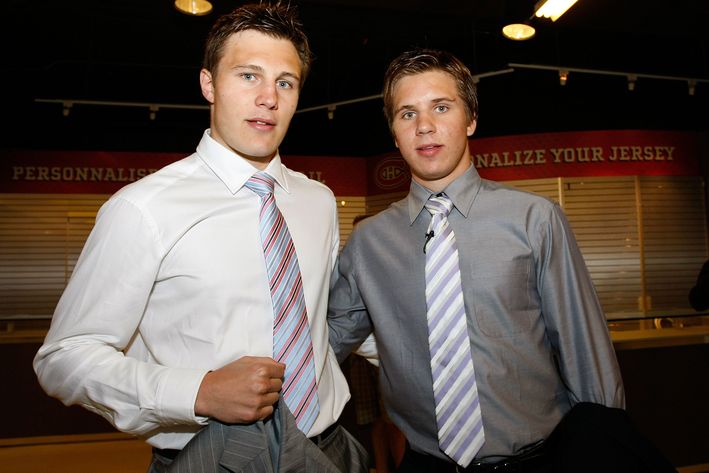 The big change in Philly is behind the bench. After a disappointing 33-31-18 record, Craig Berube was fired and replaced unusually by an outsider to the NHL, University of North Dakota coach Dave Hakstol.

With the seventh selection at the draft the Flyers picked the second defenceman, Ivan Provorov. We found out just yesterday that Provorov was cut form the Flyer's training camp roster and will go back to the Brandon Wheat Kings for at least the start of their season.

GM Hextall did pull off one big miracle, trading Zac Rinaldo to the Bruins for draft picks. Though one wonders if trading Rinaldo to Don Sweeney qualifies as a miracle.

In Free Agency moves the Flyers parted ways with mega-goon Zack Stortini and the boneitis afflicted Carlo Colaiacovo, while picking up goaltender Michal Neuvirth, who has gone full Philly and made a Rocky mask. 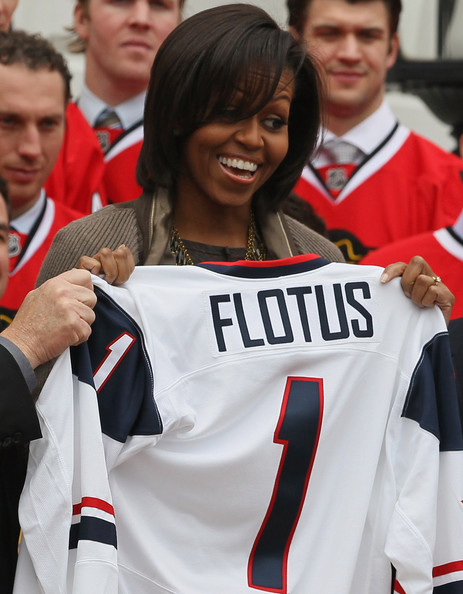 The Capitals started Free Agency with a big trade: right winger Troy Brouwer for right winger, and shootout master, T.J. Oshie; plus a goal-tending prospect; and a 2016 draft pick.

The Caps then made a big signing from free agency, plucking three time Stanley Cup winner Justin Williams from the Kings on a 2 year $3.25M AAV deal.

Oshie and Williams are expected to kick-start the Capitals 'other than Ovechkin' offence this season.

There were three other pick-ups from free agency too: Paul Carey, Dan Ellis, and Zach Sill. Yes. That same Zach Sill who played 21 games for the Leafs last season.

Yes I'm serious! A guy named Zach Sill played 21 games for the Leafs last season. You mean you don't remember his 0 goals and 1 assist in those 21 games?

The Caps also shed free agents, including veteran Curtis Glencross whom The Caps picked up at the 2014 trade deadline. Glencross, now 32 years old, spoke candidly this summer of his regrets with the handling of his career path and NHL contracts. The 'hometown discount' he accepted from the Flames a few years ago turned out disastrous. The Flames turned around and dumped him before long before it was over, and the discount cost him millions of dollars of salary in his prime years. He was left him frozen out of the league in one of the worst free agency markets in history. Glencross is presently at the Leafs training camp on a rather desperate try-out contract. 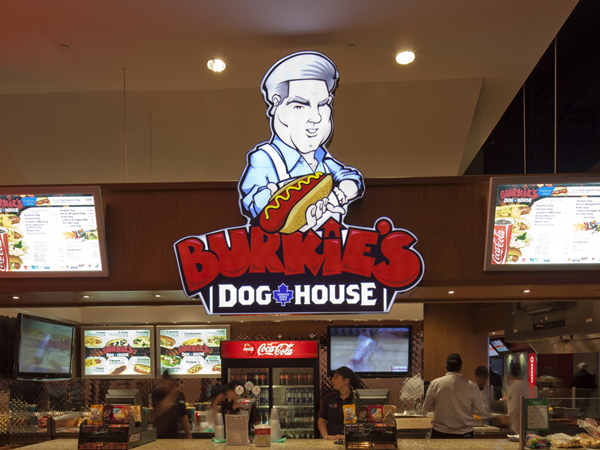 Finally we come to the the Penguins. I can't really think of any big trades they made this off-season, can you? They signed Eric Fehr and moved Brandon Sutter to Vancouver in exchange for Nick Bonino. I guess that's something.

I guess that's it then.

Phil the Thrill is now a Penguin. He's even already scoring goals as a Penguin. At least we picked up Kasperi Kapanen, and got rid of Tyler Biggs so we don't ever have to hear about him again.

I'll keep a dog on the grill for you, Phil, in case you ever come back to your home.