On the Leafs, you know, captain was a big deal in those days. Banquets, for instance. If Smythe or Day couldn't make a banquet, then the captain had to go. - Sid Smith, in Jack Batten's The Leafs in Autumn

Sid Smith, an all-star left winger for the Toronto Maple Leafs in the 1950's, was reluctant to assume the mantle of team captain. His line-mate and former captain, Ted "Teeder" Kennedy, had just retired after the 1955-56 season. The respect Smith had for the man was obvious, as he reminisced in the innovative Jack Batten book, The Leafs in Autumn: "Kennedy was my style...he was perfect for me. He had all the things about him I needed for a centre, great in the corners, a real playmaker." Smith continued, in a modest, self-deprecating manner, about being named his successor: "I wasn't captain material. I was a fun guy. I didn't have the qualifications. But there wasn't anybody else except me to choose from that year."

In addition to his responsibilities leading the players on his team, the captain of the day had many off-ice duties as well. This included attending public events, such as the ribbon-cutting ceremony for the opening of the escalator at Maple Leaf Gardens: 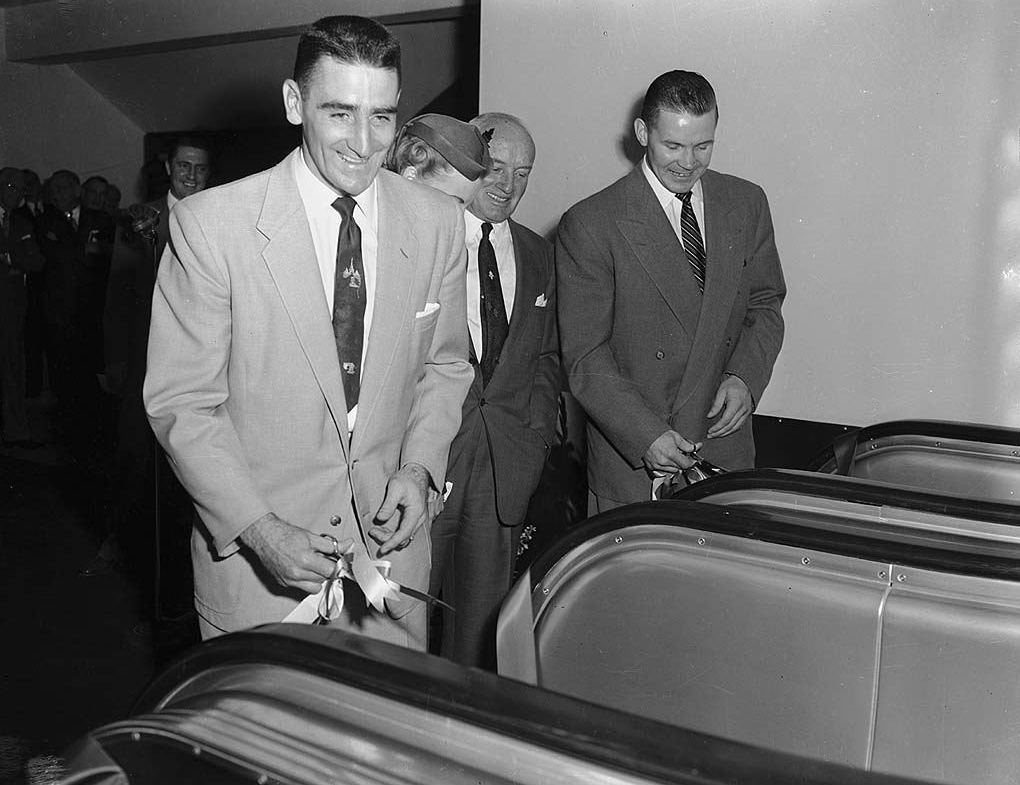 Which apparently, in the 50's, was a pretty big deal! 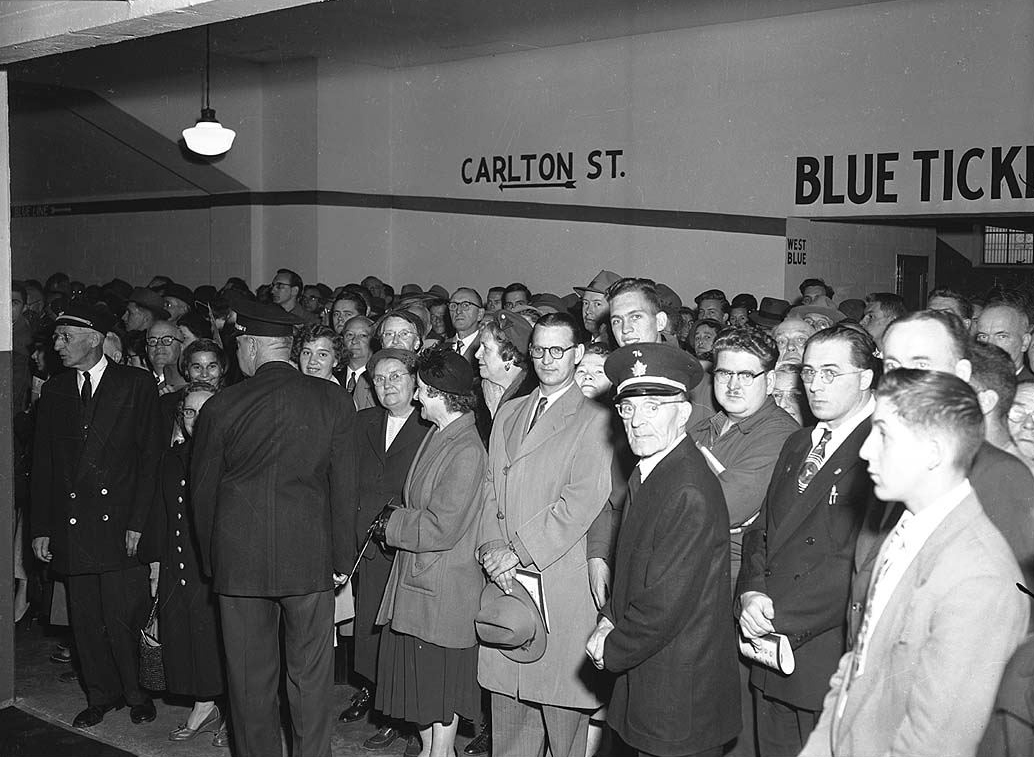 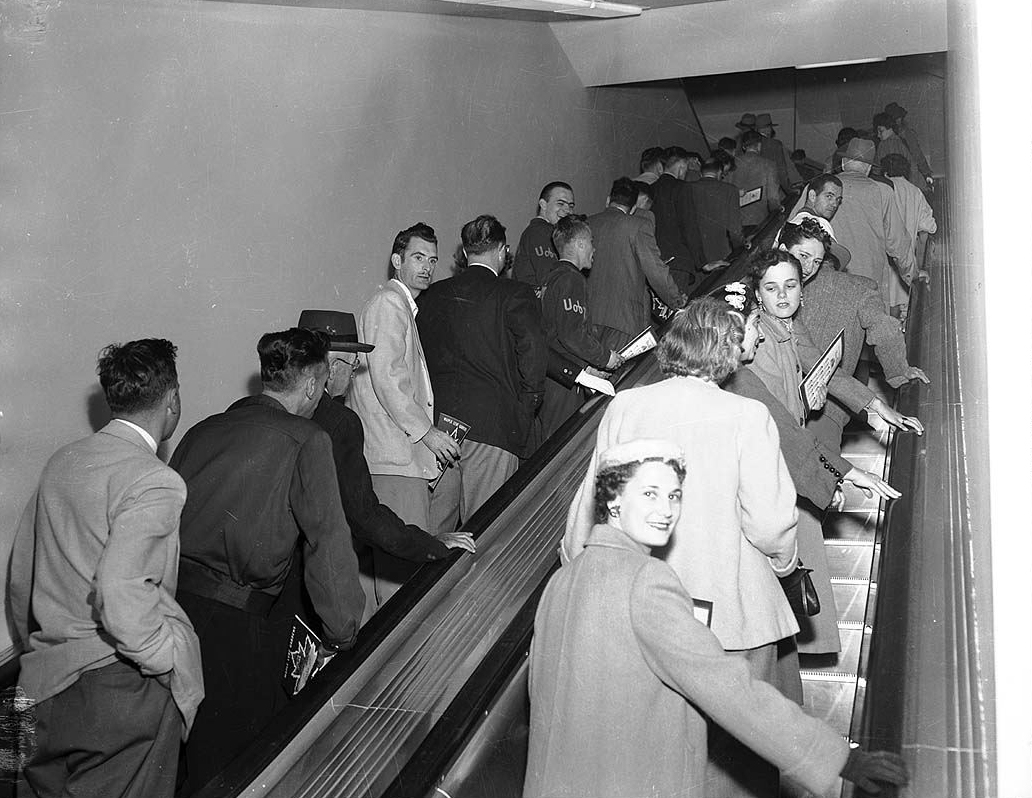 Sid's humble hockey story began in Christie Pits, a Toronto park that has a rich sports history. The City of Toronto website boasts that the park today has an ice rink, three baseball diamonds, basketball and volleyball courts, multiple pools and a community garden. Professional hockey was played on Christie Pits' rinks since the Edwardian era. 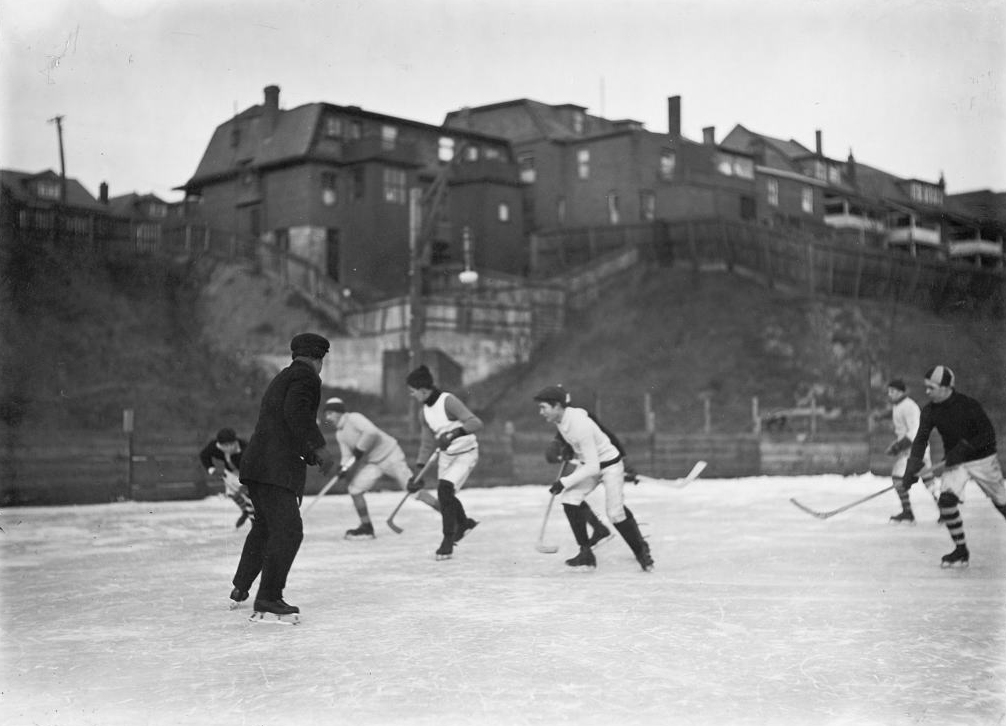 Smith's parents emigrated to Toronto from England, and moved into a house near Christie and Dupont streets. His father often struggled to make ends meet, and worked as an orderly at the Christie Street Veterans' Hospital. Heritage Toronto describes the now-closed facility as "inadequate", and was notorious for overcrowding during the Second World War. 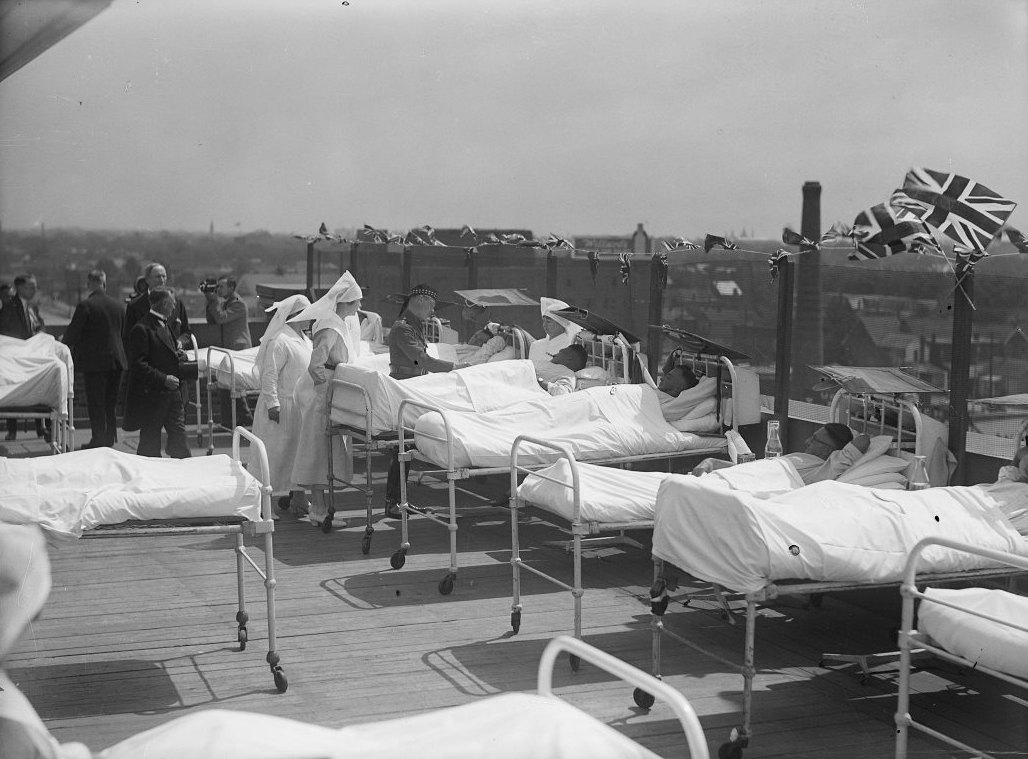 Yes, these are patients on the roof of the Veterans' Hospital.

According to Batten, Smith played sports at the Pits every day after school and day and night on weekends.

I played pretty near every sport you can think of down there. Even skiing on those steep hills they got at the sides. There were baseball diamonds in the summer and hockey rinks when it got cold. We played a lot of ball, and in the winter it was pick-up hockey. Strictly shinny, you know, but that's a hell of a good way to learn.

Smith's hockey skills did not go unnoticed, catching the eye of Leafs scout Johnny Mitchell. Back in the day, scouts could quietly place a player on their negotiation lists, without the player even knowing. Smith just "buggered around and had fun" as he thought he was "overlooked by the pros, so piss on it." The Leafs stealthily arranged for a surprised Sid to join the Oshawa Generals in Junior A, and later to the Quebec Aces in the Quebec League. The Leafs finally revealed their interest in the winger, strangely enough after a game in which Smith's Aces were destroyed 9-0. Smith claims that he had played a terrible game, because he and team-mate Punch Imlach had gotten "smashed" the night before. Still, the Leafs had been tracking him for a while, and were impressed enough to sign him to a contract.

In Kelly McParland's The Lives of Conn Smythe, the author details that Smith bounced back and forth between Toronto and affiliate Pittsburgh, and was called up for the Leafs' playoffs in 1948. In the second game of the semi-finals against the Bruins, Smith tore his knee ligaments after a questionable hit from defenceman Pat Egan. In the medical room, team doctor Robert Galloway accurately assessed the damage to his knee. However, owner Conn Smythe demanded that the doctor simply freeze the injury and insisted the player return to the game. Smith described the pain as "bloody unbearable." His knee was injured further, and doctors believed he would never play again. 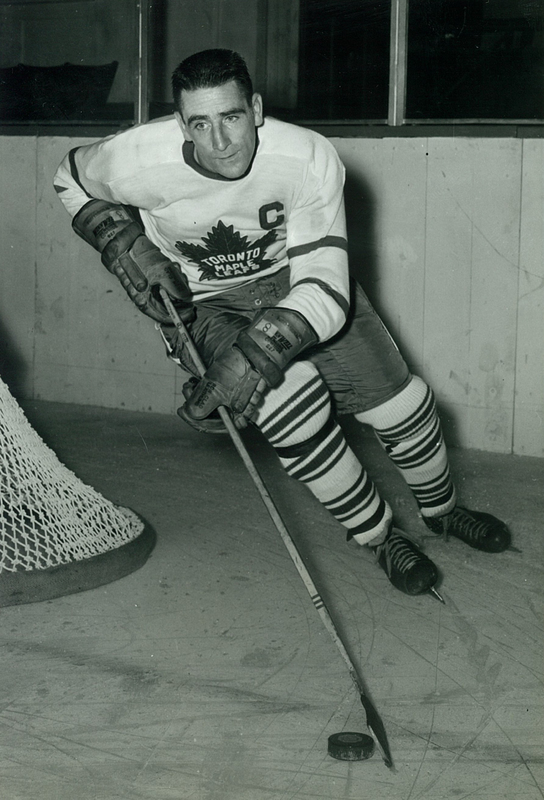 Determined to prove the doctors wrong, Smith rehabbed the knee daily the next summer. He miraculously returned to the game the following season, playing for the Pittsburgh Hornets. He was called up to the Leafs for their next playoff run, where he scored key goals on their path to winning the Stanley Cup. Smith was pleased to have shown up his detractors: "What I really liked about getting those goals at the time was me sticking it up management's ass for the screwing around they gave me the year before."

Following his breakout performance, Sid became a mainstay on the Leafs. He played 12 seasons for the team, winning the Stanley Cup twice. His second cup was in 1951. Smith vividly recalled the famous series winning goal by Bill Barilko in Jim Barber's book, Stories of Canada's Legendary Team:

Bill just pinched in. That's something that was really a no-no in our day, for a defenceman to move in on the play like they do now. A defenceman in our day wasn't supposed to leave that point. And he took a gamble. If he didn't score, he would have got hell. But, anyway, it worked out good.

Sid Smith retired as a player and captain of the Leafs after the '57-'58 season and became a player/coach for the Whitby Dunlops. His Senior A team would win two Allen Cups. 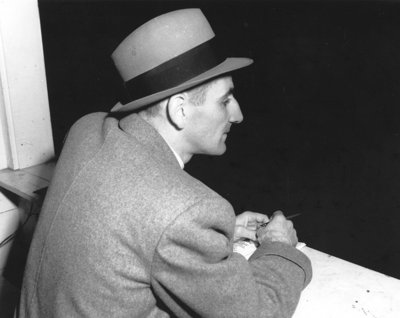