During the 1950's, the National Hockey League was dominated by the clubs from Toronto, Detroit and Montreal. The Chicago Blackhawks were perpetual bottom dwellers in the standings, and in 1953, started the season with a measly three wins compared to fourteen losses. The Chicago Tribune, on November 30th of that year, wrote that the team was "canvassing Canadian ice in quest of three to four sharp-shooting amateurs who might give the club a little scoring punch." One of those amateurs called to the team that day was Fred Sasakamoose, a five-foot-eight speedster from Sandy Lake, Saskatchewan.

The early life of Fred Sasakamoose is detailed in Brian Mlazgar's book Saskatchewan Sports: Lives Past and Present. Sasakamoose, a full-blooded Cree Native, was a child of the late 1930's. He first played hockey with his deaf and mute grandfather, who attached bobskates to the child's moccasins, and used an axe to carve a stick from "red willow branches with a crook at one end." He would find anything available to use as a puck, including horse manure, stones, cans, even a frozen apple.

Fred was raised by his loving parents, Roderick and Judith Sugil, in a six metre by seven metre log house. The Canadian Encyclopedia explains that when he turned seven, a priest and an RCMP officer visited the family home. They declared his parents to be "unfit" due to poverty, even though his father worked as a lumberjack. He and his brother were forcibly removed to St. Michael's College, an Indian Residential school in Duck Lake, Saskatchewan. 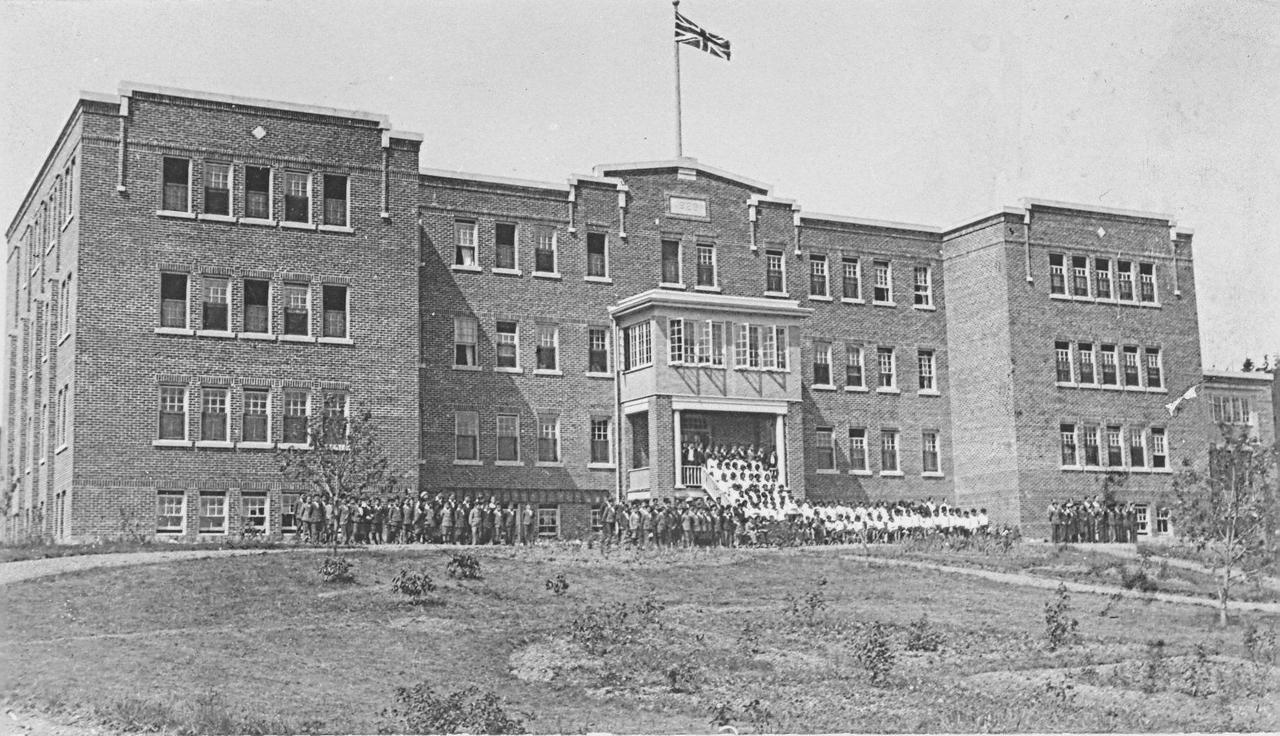 Duncan McCue, authour of a CBC story titled "How Hockey Offered Salvation at Indian Residential Schools," interviewed Willie Littlechild on the impact hockey had on students. Littlechild was a member of the Truth and Reconcilliation Commission, tasked with collecting first-hand evidence of abuses at residential schools. Littlechild, who attended Ermineskin Indian Residential School for 14 years, claims that "I owe my survival to hockey." He was physically and sexually assaulted there, but persevered to study law and play varsity hockey at the University of Alberta.

If I didn't graduate, what was the alternative? I could have been found dead on the street in Edmonton on skid row, because of alcohol. So it's really that strong for me, the influence of hockey in my life. - Willie Littlechild

Sasakamoose had a similar experience in the residential school, where skating was the only joy he had in his life. In nine years at St. Michael's, he was physically, emotionally, and sexually abused. During the third day of the Truth and Reconcilliation Commission in Prince Albert, he detailed some of the abuse. He was raped by older students when he was nine years old. He said that a priest likely observed the crime, but did nothing to intervene. Both his brother and a friend were raped as well. When they attempted to escape, they were caught and brought to a full dining room by priests: "They took our clothes off from the waist up and give us a whipping, then poured hot coal oil on top of us. That coal oil would burn my eyes."

When he was ten, he was given skates by the school for following rules and properly completing his chores chopping wood and milking cows. Hockey became an escape for him, and he excelled at it. He joined the school team, and won the provincial midget championship with them. In 1950, he was asked to attend the training camp of the Moose Jaw Canucks, an affiliate of the Chicago Blackhawks. For his four years there, he lived with the family of the team's general manager, George Vogan.

When the Blackhawks first called him to Chicago, he was accompanied by Tiny Thompson, a former NHL goalie who was now a scout for the team. The Chicago Tribune insensitively wrote that Thompson "doubled as a chaperone for Indians. Running Deer (Sasakamoose) is only 18, is a full blooded Cree, and under Canadian law an Indian minor must have a certified chaperon in charge when he mushes across the border."

Sasakamoose was beset by loneliness during his stay in Chicago. Don Marks, director of They Call Him Chief, believes that racism and poverty are not the only factors keeping native players out of the NHL. He blames a hockey system that "takes promising kids away from the support of home and family, casting them adrift in an unfamiliar culture." By this time, Fred was married to a woman in South Sandy Lake, and she refused to move to Chicago with him. After playing only eleven games with the Hawks, he abruptly quit the team, and took a taxi cab from Chicago to Sandy Lake to be with his wife.

Following his time in Chicago, he worked to grow minor hockey in his community, now known as Ahtahkakoop First Nation. The Saskatchewan Sports Hall of Fame, to which he is a member, praises the leader as someone who "helps give others the same opportunities he received." He continues to do so to this day. 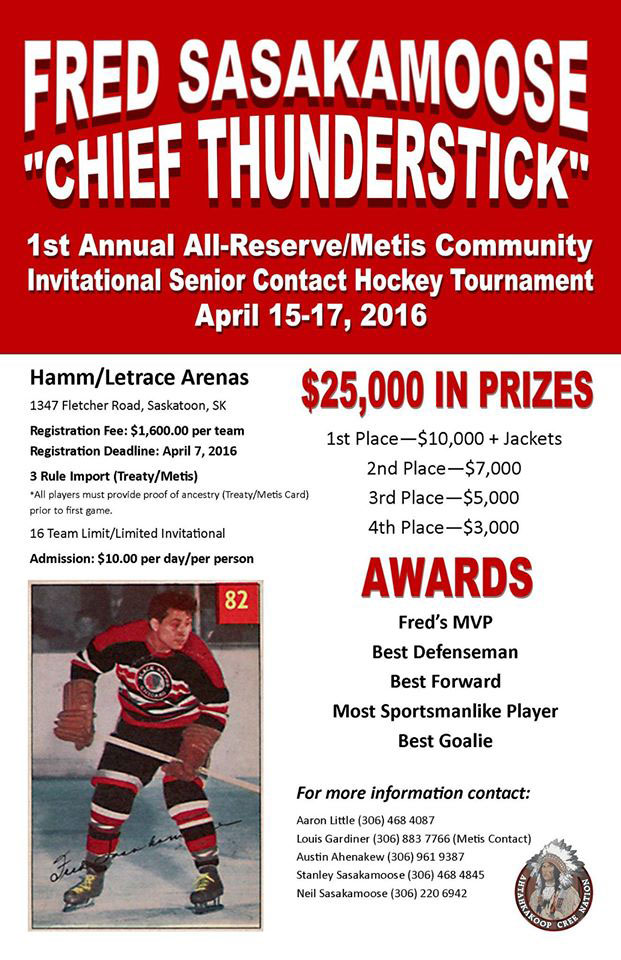 On Saturday, February 27, 1954, Fred Sasakamoose suited up in Maple Leaf Gardens for his NHL debut. On Tuesday, November 1, Mr. Sasakamoose will return to Toronto, this time at the Air Canada Centre. The Maple Leafs will be honouring indigenous people and raising awareness of residential school tragedies. 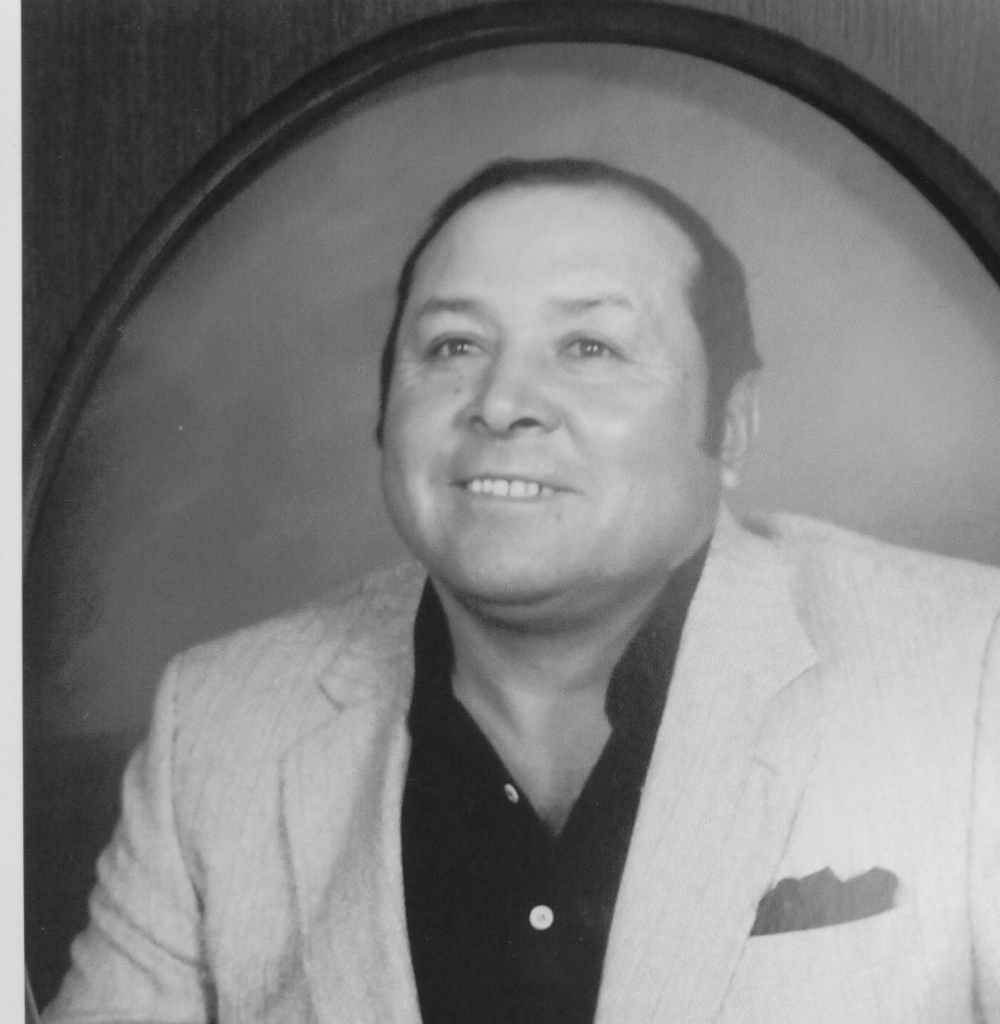 Mr. Sasakamoose, from the Saskatchewan Hall of Fame