The NHL launched an upgraded GameCentre Live, and I found it surprisingly good

The streamlined designs and upgraded performance are the product of the league's partnership with MLB Advanced Media.

Share All sharing options for: The NHL launched an upgraded GameCentre Live, and I found it surprisingly good

The following is based on my experiences with Rogers NHL GameCentre Live apps in Canada with Android and PlayStation devices, and on the NHL website accessed through a laptop computer. Experiences outside of Canada on what is now called NHL.TV will be different. The look and layout of the apps may differ on devices with other operating systems. Internet service was tested through Cogeco Cable Internet, Rogers Cable Internet, and Wind Mobile Internet.

This week the NHL debuted a new website design and upgraded apps for GameCentre Live. The changes are the product of a partnership with Major League Baseball Advanced Media (MLBAM) in to which the league entered last August. At the time Commissioner Gary Bettman said the following:

It's really all about the fans and giving them the ability to not only continue to connect with the game, in what up until this point had been unprecedented ways, but to look to the future and our ability to create even richer content with even better access.

Outside of Bettman's rose-coloured world, that was obviously not the case. It was evident to everyone the NHL's online content and delivery of news and games was very dated, and there was nothing unprecedented about having a for-pay online streaming service in 2015. All of the other major leagues were doing that, and they had been doing it better for years.

GameCentre Live was clunky. The design wasn't too bad, but delivery and performance were awful. Many felt it was even getting worse as time passed. The PlayStation app constantly shifted quality of live streams up and down without allowing you to manually lock it to a specific level. The forward and rewind functions were set into fixed blocks. If you wanted to re-watch a play you would have to rewind two minutes minimum and sit through gameplay until it came up again.

The phone app had different issues, but on all platforms everyone's number one gripe was the lag. There's nothing worse than watching a game while chatting on one of our game threads, seeing everyone freak out and start posting "JvR!!!!!!!1 WOOOOOO!", and realising your "live" feed is still over a minute away from getting to that goal.

Welcome to the new GameCentre Live

I will use Rogers' branding of GameCentre, despite the fact the app uses the spelling GameCenter outside of the title screen. 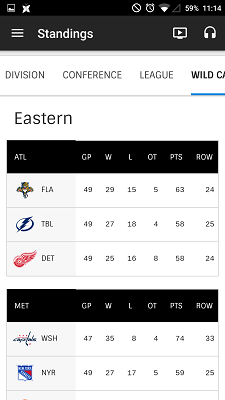 The look is new and contemporary. That's both good and bad. I am not a fan of the current trend to have more white-space, larger font sizes, and replace content with pictures. GCL's changes aren't that extreme (if you use Royal Bank's new website you will know what I mean by extreme), but you will find yourself scrolling more to see what used to all be on one screen.

The old GCL PlayStation App had a screen that could show scores of all games for a day at once. The new app limits it to six, and you have to scroll to see more. That won't be fun on days where there are 12 or 13 games at once. On the phone app there is so much added space the standings page is capable of showing only 5 or 6 teams at a time. It used to fit an entire conference.

On the other hand, the back end appears much improved. The old PlayStation app was clunky. Menu selections were slow to respond. Automatic switches of stream quality based on your network performance caused the game to hang, and it would switch too often. When you obtained the top quality it had an odd 'ghosting' effect to it. The new app, supposedly an improved 60fps feed, does indeed have a more crisp image. There is however still no option to manually lock in a level of quality, which is an issue for those budgeting their data useage, or those who simply want to primarily use the internet for something else, but still want the game on in the background.

A welcome change is the fast forward and rewind function in the PlayStation app. The precision is now in seconds, not 2 minute blocks, though a simple button that lets you skip 30 seconds, like on the screenshot from the phone app below, would still be a useful addition. 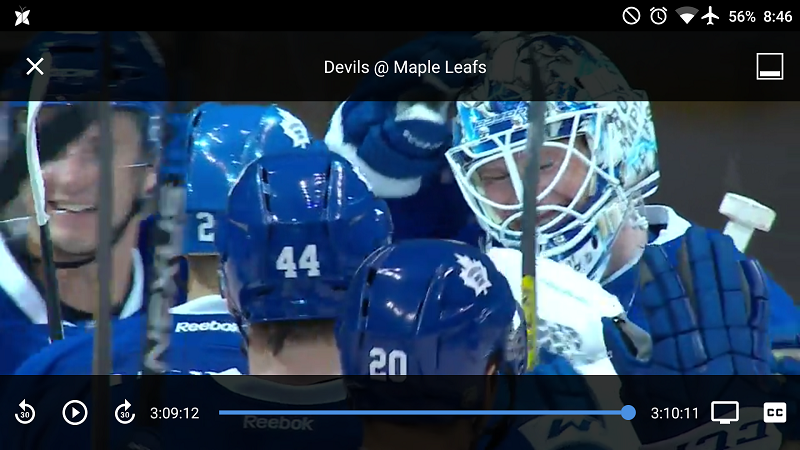 As you can see in the title photo the desktop website has a 10 second skip function. It's handy if you want to watch Lupul putting his pants on over and over, but it's still odd that they have these inconsistencies of functions between platforms. Just give us a simple 20 second skip everywhere.

The PlayStation app now also has access to clips of highlights which are added on the fly as the game is in progress, even for games with a blackout restriction. 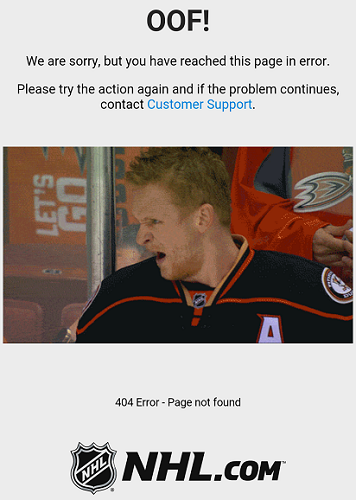 I appear to be fortunate in that I haven't had any issues accessing or viewing games. A lot of our readers were not so lucky.

Yahoo Sports contacted a representative from MLBAM and received a detailed explanation of what happened at the launch that caused many of these issues. Anecdotal evidence was that it was not quickly fixed, but also complaints of issues have fallen every day.

Are you still experiencing problems? Let us know and vote in the poll below!