From the Branches: Babcock thanks us!

Share All sharing options for: From the Branches: Babcock thanks us!

Mike Babcock thanked all of us yesterday for being writers and fans of the Maple Leafs, and said that he appreciates our time and effort, and that we're doing a good job! No, seriously, he did:

I’d just like to thank you all for the coverage. Obviously there’s no pro sports without the media and the fans. And as much as you’re under the microscope sometimes in the National Hockey League, specifically in Toronto and some of the big markets, what helps make your franchise great – and we’re in control of how positive the message is, not you people – is when we have the product that we’re going to have, that you’re going to be writing about, things are going to be very positive. Appreciate your time and your efforts and you’re doing a good job.

The most important thing that happened yesterday was a lot of meditation on the year (which went by very swiftly) and a bunch of interesting things that could probably be read in a number of different ways. You can read the full transcripts here, at the Star:

Maple Leafs brass in their own words | The Star

Or watch the videos over here. Locker clean out with Tyler Bozak, Nazem Kadri, and JvR starts here.

Toronto Maple Leafs: Easing The Red Wings Pain | Editor in Leaf
"The Wings need two things: an actual player, and maneuverability with respect to the salary cap. Picking up Tyler Bozak, who has proven he’s not as useless as previously thought, fills those needs. Picking up Bozak gives the Red Wings what they need."

Maple Leafs News: Rielly, Komarov To IIHF WC, Injuries | Editor in Leaf
"Leo Komarov will be playing for Finland at the 2016 World Championships and he’ll be joined at the tournament by Toronto Maple Leafs defender Morgan Rielly who will suit up for Team Canada."

Maple Leafs intrigued by prospect of landing Matthews | Sportsnet
"He’s a big, talented guy," Toronto head coach Mike Babcock said of Matthews. "But all we know for sure is that we have an 80 per cent chance of not being in on that pick. We know we’re going to get a top-four pick, that’s all we know and we’re going to be ecstatic with whoever we get. Some young man's going to be fortunate to get to be a Leaf."

Maple Leafs News: The Art of the Perfect Tank | THW
"Losing those contracts was the pivotal first step towards building a contender. The Leafs are one of the richest teams in the NHL. They weren’t that strong on the ice, but they certainly flexed their financial muscles."

JVR, Hunwick appear for Leafs' locker cleanout | Toronto Sun
"Both van Riemsdyk and Hunwick should be ready for camp, Hunwick saying he plans to skate by the end of May. But there was no sign of either Joffrey Lupul (also a hernia operation) or 39-year-old defender Stephane Robidas, who developed a lower-body injury at the end of camp and spent the whole year unseen while on injured reserve."

The Man Behind the Masks of the NHL | Wall Street Journal
"How a Swedish artist raised the bar for creative design of goalie helmets." 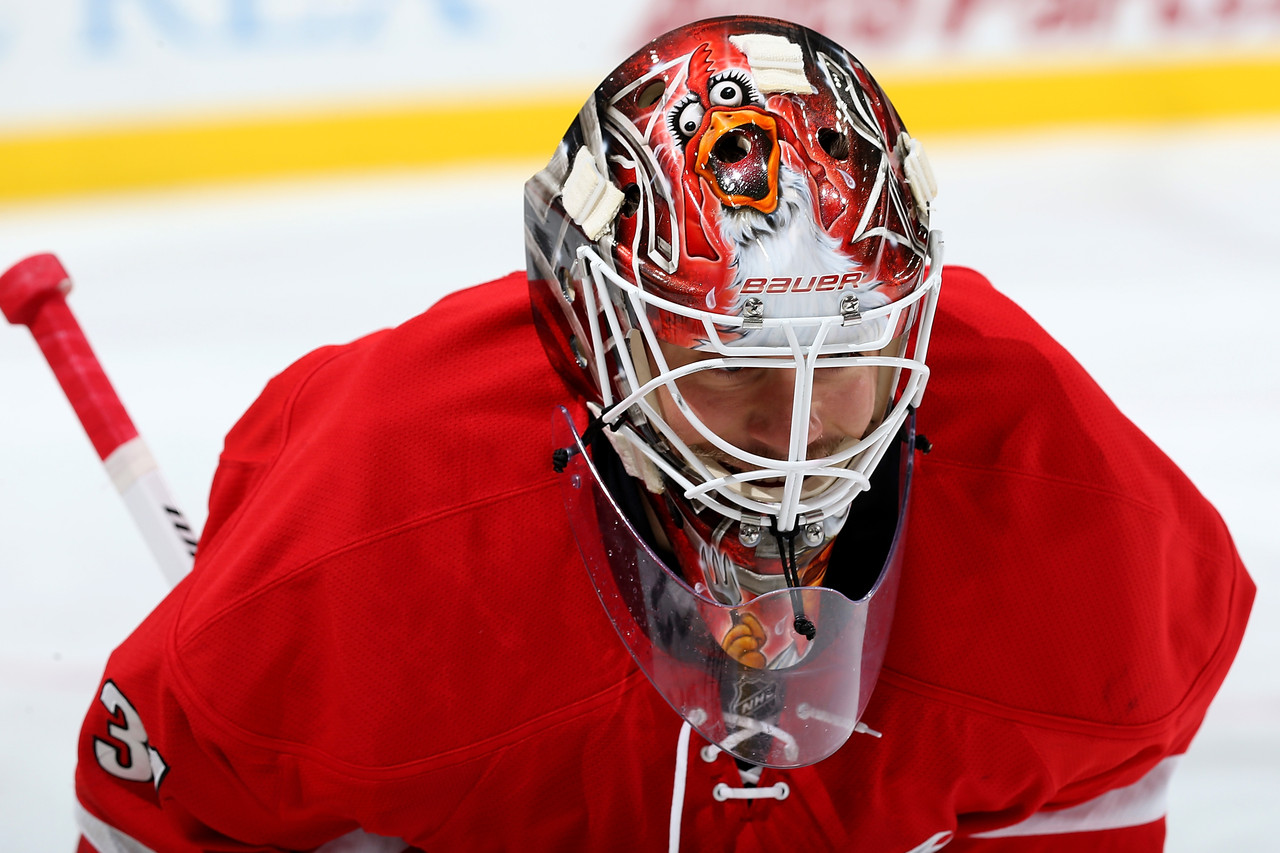 Toronto's Prasanthan Aruchunan, 17, first in Ontario to win NHL scholarship | CBC
"​Toronto's Prasanthan Aruchunan is making history. The 17-year-old from Westview Centennial Secondary School is the first student in Ontario to receive the National Hockey League scholarship from the Thurgood Marshall College Fund. It's an academic scholarship awarded to a student in the NHL's official youth development program, Hockey is for Everyone (HIFE), who has achieved at least a 3.0 GPA."

NHL world reacts to the death of Philadelphia Flyers owner Ed Snider | Fox Sports
"The Philadelphia Flyers will begin their postseason run with heavy hearts. Ed Snider, the only owner the Flyers have ever known, passed away Monday morning at the age of 83 following a two-year battle with cancer."

The field of potential 2016 NHL coach of the year nominees is deeper than you think | SBN
The song "Man of the Year" is now permanently stuck in my head.

Hextall: Dave Hakstol's NHL transition quicker than expected | CSN Philly
And you know who else is good? Brad Berry, who took over UND after Hakstol left.

I wrote an article for Raw Charge, one for Winging it in Motown, and one for SBN, all out at some point today. Our fine PPP writers have filled the front page with other stuff, and I assume you know how to get there from here. Yes? Yes.