The Toronto Marlies top five over 25

They aren't prospects, they're professional hockey players. Take a look at the top five Marlies who aren't the hot prospects everyone knows on sight.

Share All sharing options for: The Toronto Marlies top five over 25

As the Marlies move into playoff mode, it's a good time to take a deeper look at some of the key pieces on the team who aren't the hot prospects under 25 years old.

The Marlies are a young team, and trending generally younger.

But as pretty as the fantasy is of some sort of junior plus team made up only of guys under 23, the reality is that that's just not practical. Sylvain Lefebvre, the coach of the St. John's IceCaps, talked about the challenges of coaching young players on an AHL team:

Lefebvre added that the adjustment to the pro life isn’t an easy one for players coming out of the junior or college ranks, who might underestimate just how good a league the AHL is. There is also no longer a billet family or a dorm facility taking care of them off the ice and they have a lot more free time without studies. The IceCaps have set up a longer day for the players than most AHL teams, giving them breakfast before practice and lunch afterward, which keeps them at the arena longer and encourages them to work out in the gym and watch game video.

It shouldn't come as a surprise that all teams want experienced players who know that success in hockey comes more from watching game video than playing video games. They also want players on the ice with the gravitas to tell a young hotshot what to do, or not to do, and have it stick.

The old days of the AHL where there were one or two prospects per team and the rest of the roster were minor-pro lifers are gone. But hockey's a team sport, and you need more than just youth and raw skill to be a successful professional team and to also prepare young guys fresh out of their sheltered bubbles for the realities of the NHL.

The Marlies have a good group of guys who are exactly the sort of veteran players the new-style AHL needs to have. Here's my top five: 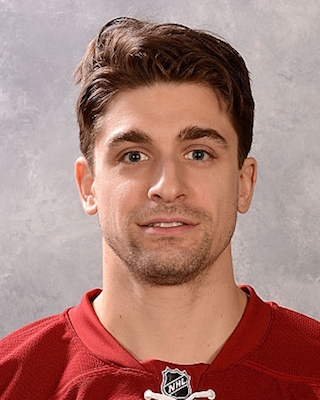 This one is obvious. He's the Marlies top scoring forward, is renowned for the professional attitude he showed after getting the yo-yo treatment of callups and demotions when he was likely expecting to be playing on the Leafs full time, and he plays the whole game every night.

He has been Sheldon Keefe's go-to guy all year when they need a late game goal, and he's delivered a lot of them. He has played big minutes as a top centre, and it doesn't really seem to matter who his wingers are—scoring chances follow him around on the power play and at even strength.

He has also played 37 AHL playoff games, and when Mike Babcock talked about how young teams can get pounded their first go at the playoffs, he could have been talking about the AHL as easily as the NHL. Arcobello is one guy who's been there and done that.

His first trip to the Calder Cup playoffs in 2011, fresh out of college, his team lasted six games and he had two points. His most recent try in 2013, he put up 20 points in 17 games. 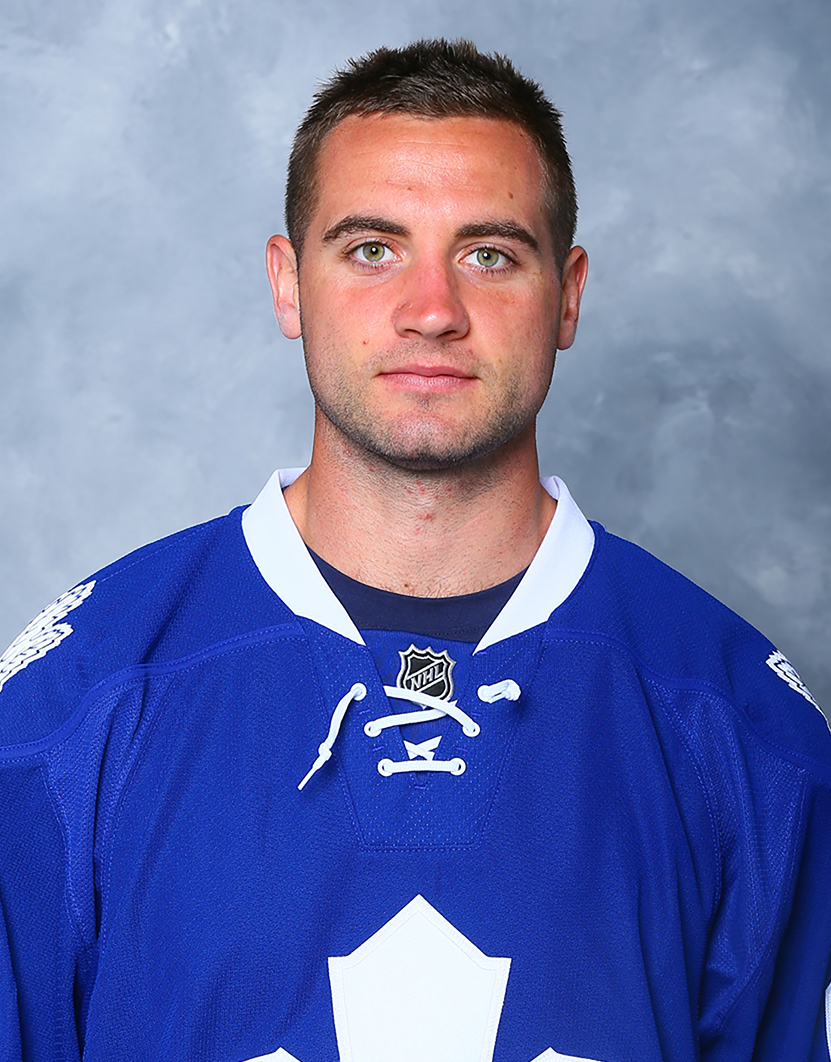 The next most obvious choice is the Marlies top scorer, the winner of the Eddie Shore award for the second time, the first team all-star and the third ranked scorer in the league.

Brennan has been the backstop of the offence, an often misunderstood defensive role. It is not as simple as just acting like the fourth forward, rather it requires great situational awareness, precision in risk taking and fast enough feet to get you out of trouble when you need them. Oh, and good hands help.

Brennan has played with multiple defensive partners over the season, and has always excelled. He may not have wowed them up on the Leafs, but he brings the right game for the AHL where he's played in 30 playoff games. 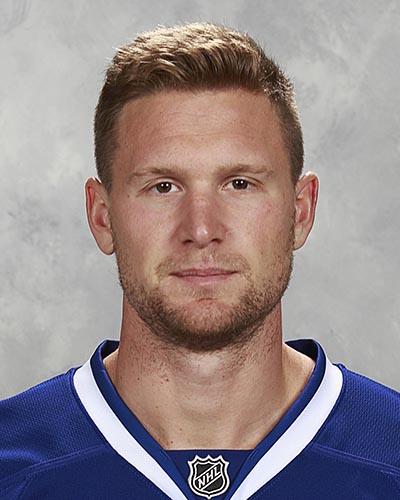 Kurtz is one of the unsung heroes of the team. Brought over from the Comets mid season, he is not a guy who is going to bring a lot of points to the table (although he has four points in 14 games for the Marlies, twice as many as he had in 25 games in Utica). And in case you've assumed that means he's a goon or a fighter, he has 0 penalty minutes in Toronto and only 38 on the year.

Kurtz is in his eighth season in the AHL, and he's one of the designated grownups on the team. He's a good, tough winger who plays with the sort of skills you expect of a guy who grew up in the GTA hockey system. He was captain of his junior team for two years, and while he might want to play every game, he's not going to kick up a fuss if he's scratched, and he plays every minute he's in the game.

Unlike the kind of old-time AHL tough guys who can't really play hockey, Kurtz can take shifts on the top lines in an emergency and he's not out of place. He can sub in for Rich Clune too, and you might not really notice the difference. It won't be a surprise if Kurtz gets some ice time in the playoffs, but don't expect him in every game. 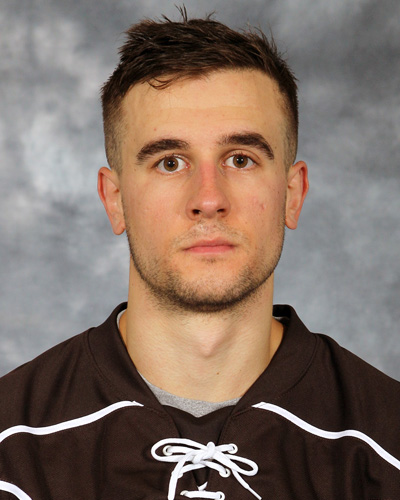 Like Kurtz, Kolomatis came in part way through the season. His signing was the first indication that the Leafs organization had a plan to acquire players specifically to improve the Marlies as a team.

The Orlando Solar Bears had also started to add some maturity while moving out some younger players that weren't working out, and when they did, they started to win more, barely missing the playoffs.

Kolomatis, a coveted right-shooting defenceman, had spent years in the Kings organization playing for their AHL team the Manchester Monarchs. He tried a year with the Capitals, tried again in Finland with Tappara and came back to America and found a job with his old team the Monarchs, that had become the Kings ECHL team in the interim.

The Marlies brought him back to the AHL where he excels, and he's been a stalwart on the right side ever since. He's not a big goal scorer, but he has a good shot, and he's not a guy who is going to stand around and watch the other team score on him. With the signing of Connor Carrick, he's been bounced down the depth chart on the right side, but don't count out the experienced veteran who has played 46 AHL playoff games. 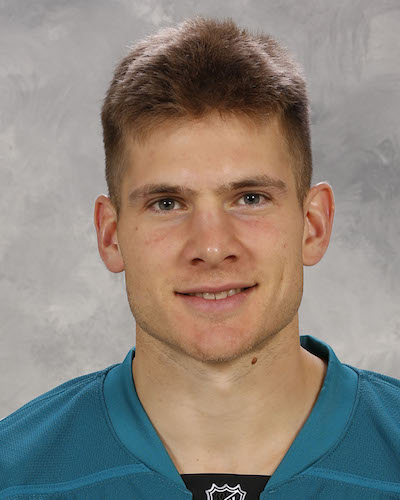 He's not quite a ringer; he's played in the AHL off and on before, but he also has a lot of NHL experience. Brought over in the James Reimer trade in exchange for the disappointing Jeremy Morin, he scored six points in 16 games playing in the bottom six for the Leafs. He has six points in the five games he's played for the Marlies since the NHL season ended.

He is a versatile player, capable of playing centre and wing, and he has been excellent on the second and third lines. He hasn't had a lot of AHL playoff experience, but he's played 27 NHL playoff games with the Chicago Blackhawks. That is the kind of experience that gives you the gravitas to tell a young guy when to settle down, and when to amp it up.

Honourable mention goes to Captain Andrew Campbell, who is a fan favourite and plays a hard but smart game. At 28 he has set a career high in points for the Marlies this year.