That statement applies to essentially every event in time, but it does serve to illustrate the fateful impact of the 2016 draft lottery. The Toronto Maple Leafs, by virtue of the random selection of four ping pong balls, won the right the select first overall in the 2016 NHL Entry Draft. Whether that pick is used to select Auston Matthews, Patrik Laine, or anyone else, there is no doubt that it has the potential to be a franchise-changing asset.

It didn’t come easy of course. The Leafs held a 20% chance of winning the first overall pick by virtue of finishing 30thoverall this year, a scant one point behind the 29th place Edmonton Oilers (although a tie in points would also have resulted in the Leafs finishing in last place). The place was only secured on the final day of the Leafs season, and that means there were many ways in which it could have gone differently.

If Connor McDavid did not score 3 points against Vancouver in the Oilers’ second to last game, his hometown Leafs would not be where they are. Or maybe things would be different if Brad Marchand did not score in the last minute of the game to beat the Leafs on January 16. As the great Down Goes Brown illustrated, there always seems to be one significant turning point in a season that affects the results of the draft lottery.

This year was no different — in a result that was ultimately decided by two points, there were many times during the season where fate could have intervened.

However, there is one game that arguably stands as the most fateful one in the 2015-16 season — a game that altered the fates of three Canadian franchises in a single moment.

The game in questions took place on October 29, 2015. The Montreal Canadiens were visiting the Edmonton Oilers, having just had their 9-0 start derailed in a 5-1 loss to Vancouver the game before. The Canadiens came out strong, putting three goals past Cam Talbot in the first period.However, a single incident that happened before the game would determine the final result, and much more.

Starting goalie Carey Price, the reigning Vezina, Lester B Pearson, and Hart trophy winner, accidentally stepped on a puck during the warm-ups. He played the entire game, but it was apparent as it went on that he was labouring.

The Oilers broke through Price with just under a minute left in the second, and tied the game up midway through the third period. With just over a minute left in the third period, Ryan Nugent-Hopkins outmuscled David Desharnais behind the Canadiens’ net and threw a pass to Leon Draistl across the slot. Price was unable to get across his net — maybe because of the pain in his leg at the time, or maybe just be virtue of good positioning by Draisaitl, or maybe both. Draisaitl scored the game winning goal, completing a huge comeback for the home team Oilers, and sent the crowd into a frenzy.

The two points would ultimately secure the 29th place for the Oilers at the end of the season, and result in them moving down in the draft lottery to select fourth overall. But the consequences went far beyond two points in the standings. Carey Price would return to action a week later, but it was clear that his injury hadn’t healed properly and it was badly aggravated in a game against the New York Rangers on November 25th.

(For what it’s worth, the team claimed that the injury was not the same one Price sustained in the game against the Oilers, although there are some who dispute this claim.) Whether it was bad luck or mismanagement, Price’s injury would eventually cost him the rest of the season.

The Habs, who had looked like runaway favourites for the Stanley Cup during the first two months of the season, plummeted disastrously out of the top spot, then the playoffs, and all the way down to 22nd overall.

So the Leafs won the 2016 draft lottery and will draft first overall. The Oilers missed out on their fifth first overall pick in the last seven years and will draft fourth. The Habs suffered a tragic collapse and wasted a season of Cup contention. And all thanks to one errant puck that just so happened to find its way under Carey Price’s foot during wamups. I wonder if somebody framed that puck? 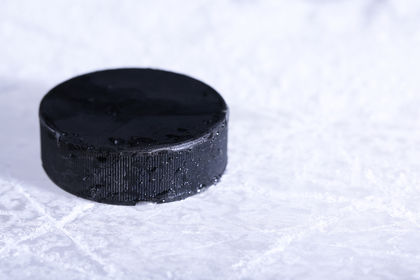 "Is it not a strange fate that we should suffer so much fear and doubt for so small a thing?" - J RR Tolkien