And no, don’t even think about cryin’ to Katya with yer dumb-ass questions, cause she’ll REALLY tell you off.
Anyway, Imma make this a learning experience, and show you kids how to answer questions written up by an asshole:
#1. WHICH BREAKTHROUGH ROOKIE SUPERSTAR PAIRING DO OUR TWO LEAF SUPERKIDZ (TM) MOST RESEMBLE, NOT NORM?

Wrong. And all of youse suck. Because we got THREE brand new, big time rookies.
William Nylander’s no joke. He’s on pace for 59 points, good enough for 45th in the NHL last year. That's 1st line production, bozos. All we're seeing is - just like I wrote in that Kessel piece - that Toronto has some asshole media, and they’re gonna try and target and tear down the skill kids on this team, one by one. Mark my words. Nylander’s just 1st on their list.
Now, what’s the last team that landed 3 great rookies at the same time like this? [PLUS a Nikita Zaitsev on the Top pair and a Connor Brown and a Zach Hyman and Sosh.]
Well, not fucking EVER is the last team that did this.

SO GIT YER GLOAT ON, TORONTO.

See that? Now THAT’S the way to answer a funking question.
2. HEY NOT NORM. WHAT DO YOU MOST ADMIRE ABOUT ADVANCED STATS NERDS?
Oh, gotta say, probably their ability to communicate with the general public.
Take "Save Percentage." The nerds do all the fucking math required to figure out Save %, right? But then they present it in a meaningless way. Like so:
"One goalie has a .909 while the other has a .916."
Hockey fans look at that and think…. what a useless stat. The difference doesn't matter, see? 909 versus 916. I mean, it looks like both goalies are around 91%-92%, higher than any of us ever got in school, so sure as fuck we're happy with goalies that good, right? And besides, stopping even 909 goddamn pucks sounds like a lot of work.


Let’s give them a hand - a practical, watched the game, played the game hand - and fix their stupid stat.
So what we do is, we use exactly the same calculation, but just flip it over, and take the dark side as it were. So it presents the number of GOALS that the goalie lets in per 1000 shots. NOT the number of saves.
Look at it for this year - Goals Against per 1000 shots [from a random selection of goalies]
So now, using the improved stat, it's all a shit-load clearer, isn't it? A goalie who gives up 94 goals against the same number of shots as one who gives up 67, why... people could actually focus on the difference. A difference that would make SENSE, for once.
But remember, let's not blame the nerds, folks. It's not their fault. 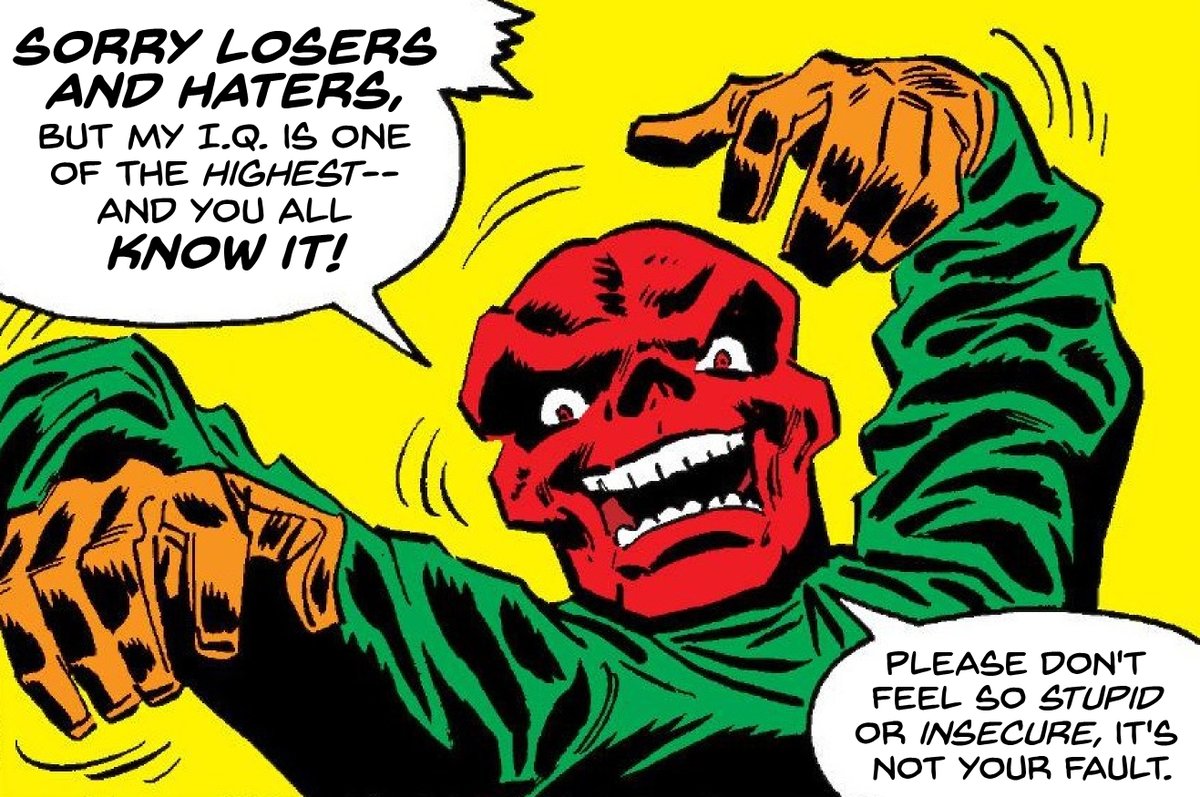 #3. WHAT WAS THE GREATEST HOCKEY SWEATER EVER WORN, NORM? 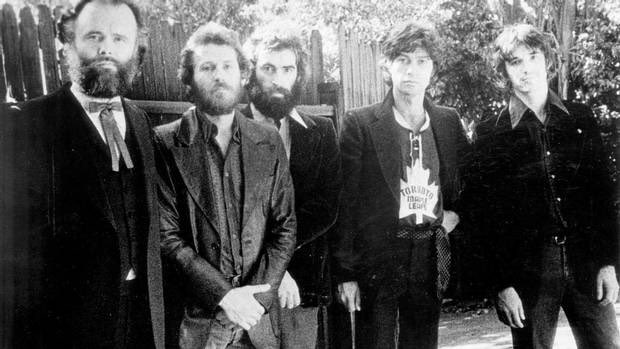 This Leaf sweater, as worn by Robbie Robertson of The Band.

I mean, see Levon Helm in front, hands crossed, looking all fucking surly? That’s because he doesn’t get to wear that Leaf sweater.

And that sweater? And it was WHILE WEARING THIS VERY LEAFS SWEATER that The Band wrote songs like The Night They Drove Old Dixie Down and The Weight.
In addition, Bruce Springsteen wrote Born to Run while wearing this sweater. John and Paul took turns wearing it while writing "Hey Jude." And the whole of AC/DC climbed into it to produce "Shook Me All Night Long." Definitely the guitar solo.
But most important, WHILE ROBBIE WAS WEARING THIS FUCKING MAGICAL LEAFS SWEATER,The Band transformed into the greatest band Bob Dylan ever played with.
Oh wait. Did someone just mention Dylan? Well, this being an evidence-based blog and all...
... HERE'S BOB DYAN WEARING A LEAFS SWEATER, AND THUS, REVEALING HIS TRUE ALLEGIANCE. 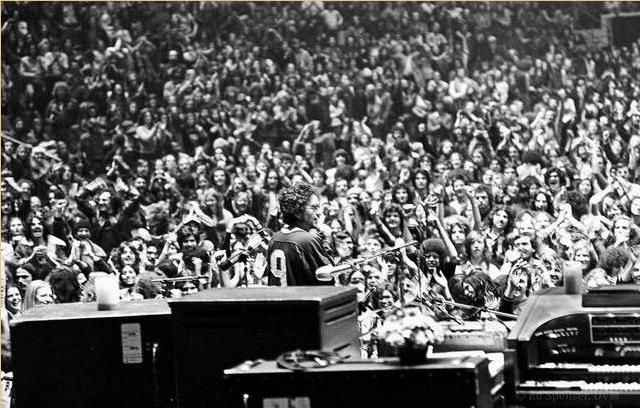 P.S. What’s that? You want to know what number it is?

And Bob Dylan = The Norm Ullman of Music.

#Science [From @GoddTill and @meestervinyl]
#4. IF DONALD TRUMP WAS AN NHL TEAM, WHICH TEAM WOULD IT BE?

Now don’t be coming in here again, telling me politics has nothing to do with hockey.

P.S. And just in case you’re not sure Trump = Bruins, let me just say two words: 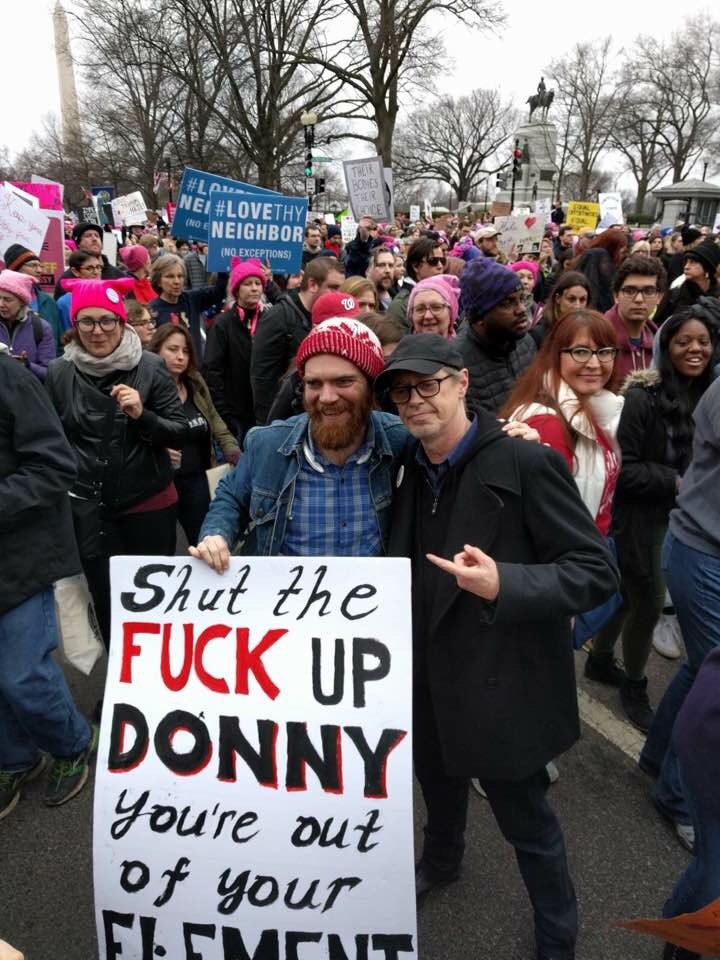 #5. Guy asked me the other day, "HOW ALL THAT RUSSIAN-EUROPEAN SHIT I WAS WRITING ABOUT TURNED OUT. LIKE, WHAT ABOUT MATTHEWS EH? NOT SO FUCKING RUSSIAN, IS HE?? HARHARHAR..."
"Jeez," I said. "Good one, buddy," quoth I.
* sounds of buddy gettin’ beat somethin' fierce *
* lotta cryin’ *
Anyway. Like I was sayin’, the Shanny, Babs & Lou Leafs actually have been cranking up the European content. Remember, Randy’s roster was down to Gunnar & Kulie and one game for Granberg in 2013-14. But by last year, Babcock dressed 11 Russians & Europeans.
And this year, Babs has already dressed 10, and we still have that last 20 games to come.
And we see Nylander and Zaitsev and Freddie playing high impact roles… Komarov and Soshnikov and Polak are carrying real loads lower down in the line-up… And we picked up Marincin and now Marchenko to give them a spin. And waiting in the wings, we’ve got Kapanen; just picked up Sergei Kalinin; Timashov now getting ice-time, Andreas Johnsson starting to roll; and Valiev… and overseas, Grundstrom and Korshkov and the rest.
And all in all, I think it’s working out fairly well for Shanny’s Leafs. Which is my way of saying… like it or loathe it, Babs, Shanny and Lou are gonna bring in more Russians and Europeans.
They're an integral part of the New Leaf look. Time Rolls On, kids.
#6. SO THIS DUDE SUPERMAURICE ASKS, "WHICH IS THE BEST TEAM TO POACH A DEFENCEMAN FROM, EXCLUDING ANAHEIM."

Now, right off the hop, you can see why I say other peoples’ questions are dumb. Because the right team to steal from is the team you most wish to destroy.
And… The Habs.
Because if we could not only get ourselves a good young Dman, but ALSO slit the throat of THEIR chances, and drink their flavourful tears, then that’s the biggest win. Savvy?

Problem. We want to steal their good young D-men, but… we don’t want much Hab stink on them. Solution? Get ‘em young. And foreign.

Like Mikhail Sergachev.
He’s 6’ 3" and 216 pounds. He’s Russian. From Nizhnekamsk. Valiev’s hometown. Great skater, big shot, loves to rush. Still 18, doesn’t turn 19 til June.
So we’re gonna take him off the Habs. Now, as I’ve mentioned before, we need a kid like this. Or some other young Top Pairing D-man with the potential to dominate. Why?

Well, look at the last 10 Cup winners and how they played during their Cup run:

And more, they played 1/2 the minutes in any big game.
They averaged over 6 minutes a night in combined PP and PK.
They played against the top lines, and in the toughest situations.


Look. One year, Nik Lidstrom AVERAGED 13 minutes a night JUST on the PK and PP.

In short, rather than wasting roster spots on specialty players to perform these roles - PK, late game shut-down, PP - their BEST players took on those roles. Which meant that their bottom lines didn’t have to consist of Jay McClements.
Now, here’s the new Leafs. Babs has already been testing to see if he can make Rielly into a player of that calibre. And maybe, a couple of years out, Rielly turns into that stud we need. A Keith, maybe.

But straight up, today, our man Riels is not very good on the PK. And not actually all that great on the PP. And at 5v5... his defence is questionable. And he's a -15, for what it’s worth, and his Corsi is middling. And he’s got 22 points in 55 games against all comers, not 21 in 23 playoff games, right? And yes, Rielly’s a great skater, and can rush the puck, and he’s tough as nails and works like a fury. And yes, lots of D-men don’t really thrive until they’re older.

Rielly will be 23 yo in 2 weeks. And it’s still pretty fuzzy whether or not he’s gonna be "that" guy, the Big Boss D-Man.

And yesssssssss, sports fans, Jake and Zaitsev are great, superb skaters and all. But they’re both squishy at best when shutting down other teams defensively.

But to me, then, the Leafs - to actually win a Cup - need a big, 1st pairing, Dman. And what you’ll hear all the time is that there aren’t many of those around, harharhar. Except that teams actually DO manage, and quite often, to get ahold of them.

Sometimes they move for money, but more often because their development is out of whack with their home team’s needs, or because they didn’t fit in for some reason.

And right now the next window I see coming open where we might poach a kid that fits our bill is at this very trade deadline. Because teams are giving up A METRIC SHIT-TONNE to get forwards for this Cup run. Seriously, INSANE returns.
So here’s your chance, Lou. Deal a big name vet, get that young stud Dman, and face the fucking fans and the media clamouring for your head..
This is what’s known in the trade as MAKING THE TOUGH DECISION.
And yes, I’m talking about a JVR. And yes, you then have to throw the torch to the kids on the team, and tell them it’s up to THEM to make it work. Because truth is, we’re trading JVR anyway. Just a question of it being now or this Summer. Because he’s shitty on defence, and you KNOW Babs is siiiiiick of it. And we’ve got a truck-load of young wingers bucking for minutes, on the PP and otherwise.
Just. Goddamn. Do. It.
And YES, it’ll hurt our playoff run this year. But here’s the thing. A buncha teams out there are considering their chances this year. And Ottawa and Minnesota and LA went early. But some of those teams with aging cores are sitting there pondering. Like, if you don’t think the GM of the Habs KNOWS he better produce, and better produce PRONTO, then you’re wrong. That team’s best D-men are 31 and 38 [Weber and Markov], their top forwards include Plekanec and Radulov [34 and 30], and their star goalie is gonna be 30 next Fall.

So you dangle JVR, and maybe even more, and see if you can get a Sergachev.

And if not, well, there’s others. And one of them will bite.
Like the Bruins. And I’d be interested in adding a young Charlie McAvoy. After all, they already got Brandon Carlo, right? And it’s not just Chara deep into the years beyond 30, they’ve also got Backes, Bergeron, Krejci, McQuaid and TUUKA hitting and surpassing 30.

Besides, I hear McAvoy is soft, no grit. Voted Hillary.
Or maybe Anaheim, where Randy has to be mangling his relationships with one European star defenceman or another.
But one way or another, we have to take an enemy down in this deal. 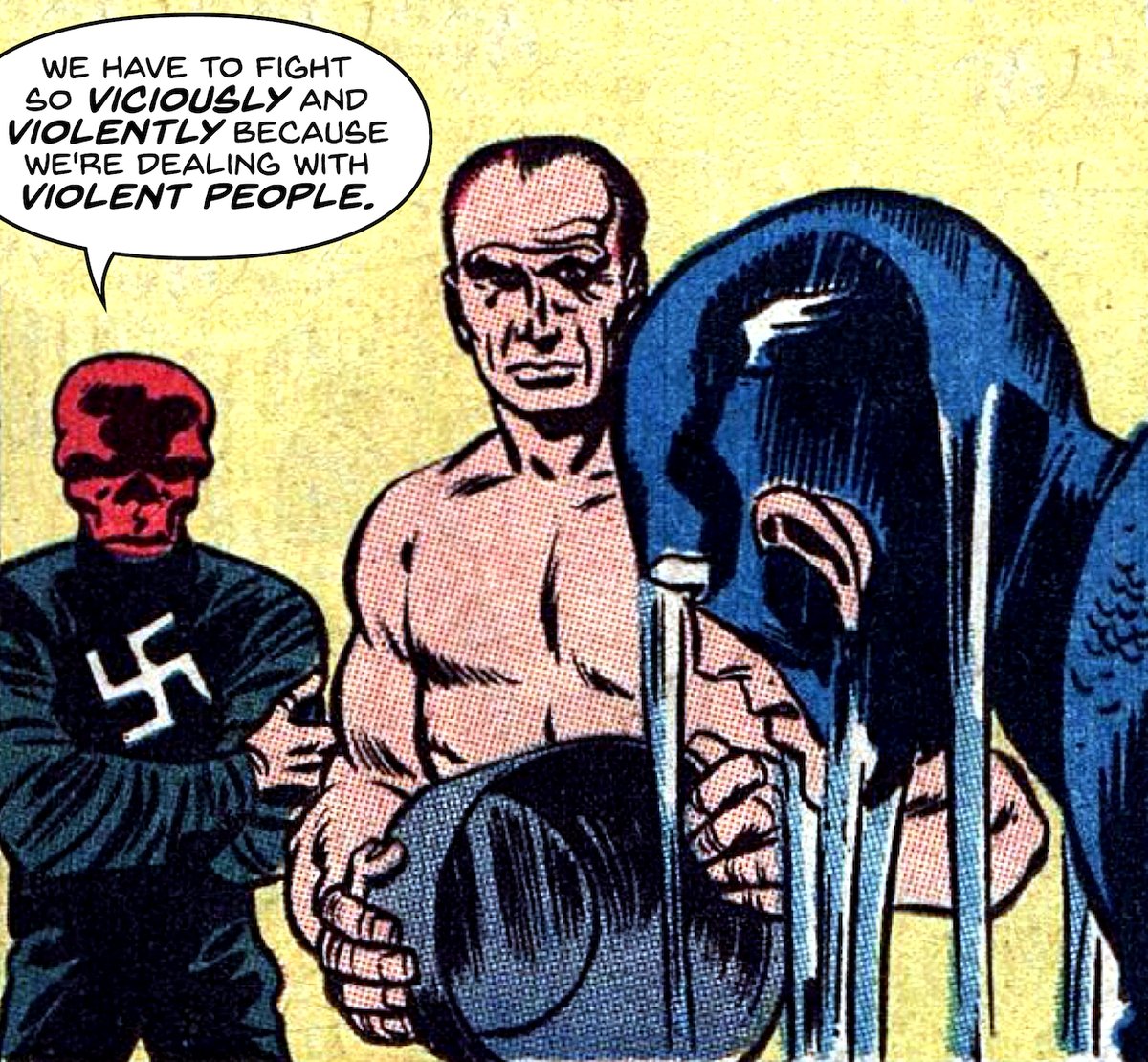 #7. SO WHAT DOES THAT TINY-FINGERED, CHEETO-FACED, FERRET-WEARING SHIT-GIBBON TRUMP HAVE TO DO WITH HOCKEY, NORM?
This.
Which means Trump and his thugs are driving hatred right into their lives. Politics like his can determine whether players like ours get to play hockey. And whether their families get to live in peace.

So no, we don’t need to talk politics all the goddamn time, but every now and then… yeah. We do.
Cause this is our world. And this is what we love.

The part of this blog that I liked the very best was: