Is PPP wrong about Martins Dzierkals?

Dzierkals didn't make any of our voters' top 25 prospect lists. Our readers were surprised.

Share All sharing options for: Is PPP wrong about Martins Dzierkals?

On Friday August 7, I published the list of nine prospects that none of the 14 voters participating in PPP's Top 25 Under 25 chose to select for their top 25. Among them was The Leafs 2015 third round draft pick, Martins Dzierkals. 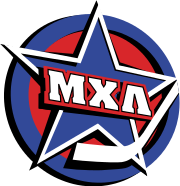 The MHL is the junior counterpart to the KHL. Comprised of 39 teams, its reach stretches as far west as Austria, from where the EC Salzburg Red Bulls (II) are now members.

Dzierkals played last season for HK Riga, the Latvian outpost of the league, scoring 10 goals and 18 assists in 32 games.

Here is what Scott Wheeler had to say about him:

Beyond the World Juniors, few have actually seen Dzierkals play, but I can tell you he was also impressive at U18s, where he handily led Latvia in points and was their most dynamic forward.

With his club team, he was difficult to view. He played in the MHL for HK Riga but he's a strong skater with a quick release from a low kickpoint and he was Latvia's go-to offensive weapon on the powerplay and a really creative player, unafraid to make the high-risk offensive play. An up-tempo player, more physical player than you might think. He's the only prospect on this list (of 9 unranked players) that should have gotten any consideration this year. - Scott Wheeler

So the question remains, is Dzierkals a better prospect than those who made our Top 25 Under 25, or any of the 13 players who received at least one vote, but not enough to make the list? This past week we've revealed players 25 through 21. Here is where we are at so far, and how many of our 14 voters selected each player as a part of their Top 25 Under 25.

An additional eight other players were not ranked by any voters.

So what is Dzierkals next step? It looks like he will be coming over to Canada to play in the CHL.

Rouyn-Noranda takes Latvian Martins Dzierkals who was drafted by the Leafs over the weekend 68th overall. He's expected to play here.

Dzierkals was the 22nd selection in the CHL's import draft, which includes players too young to be eligible for the NHL draft. That shows some confidence in him, but it still doesn't mean he is necessarily a top prospect.

Last week Corey Pronman released his top 100 NHL prospects, which included eight Leafs. It's a good list, and quite a win for the Leafs to have eight out of the 100. Considering that our list is a slightly different "Top 25 Under 25"  - which includes Rielly, Gardiner, Kadri, Holland, and Panik - a high bar of quality is set for the youngest prospects to even get a vote.

Between those five bona fide NHL players, and the eight prospects on Pronman's list, all of whom are a lock for a ranking, there are only 12 spots open to allocate to all the other prospects. Dzierkals just didn't fit in one of those 12 spots this year.

Dzierkals biggest test of his career will be this coming season in the QMJHL. He will need to really shine to clear the high bar the log jam of Leafs prospects has set in front of him. It will be difficult, but not impossible.

Do you still disagree? We had 14 voters rank 47 Maple Leafs prospects and players under 25, with 38 receiving at least one vote. Is Dzierkals a better prospect than any of those 38 players? Let us know in the poll below.