The Maple Leafs' outdoor practice at Dieppe Park rink was a hit with hundreds of fans turning out despite the cold weather.

Share All sharing options for: Leafs take practice outdoors to delight of fans 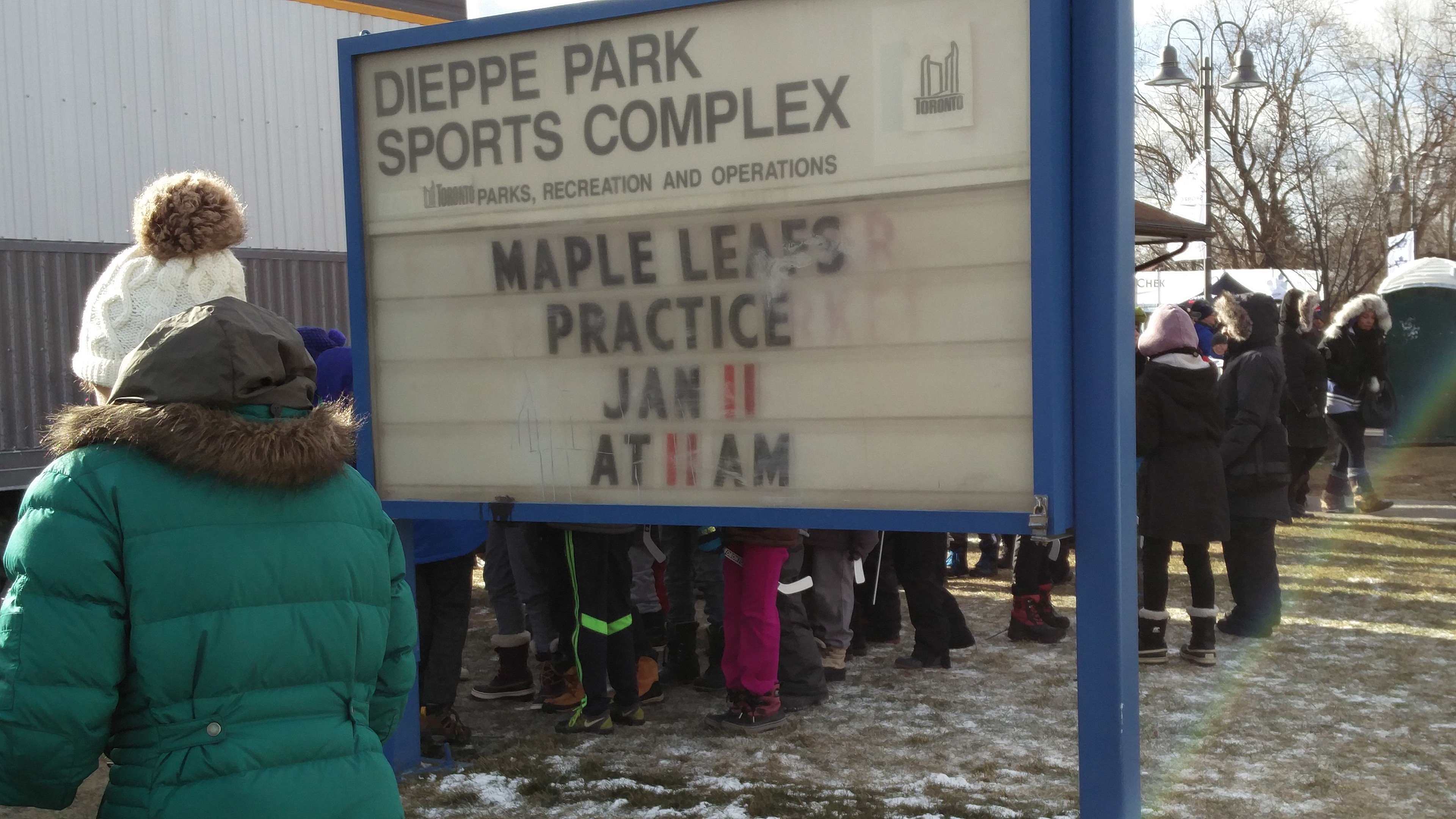 It was a brisk, cold day at Dieppe Park, deep in Toronto's old borough of East York, but that couldn't stop hundreds of Maple Leafs fans from swarming the park's open air hockey rink to see their favourite NHL players.

By my count approximately 1,000 people made the trek to the Leafs annual outdoor practice, many of whom were children from local schools out for the day. 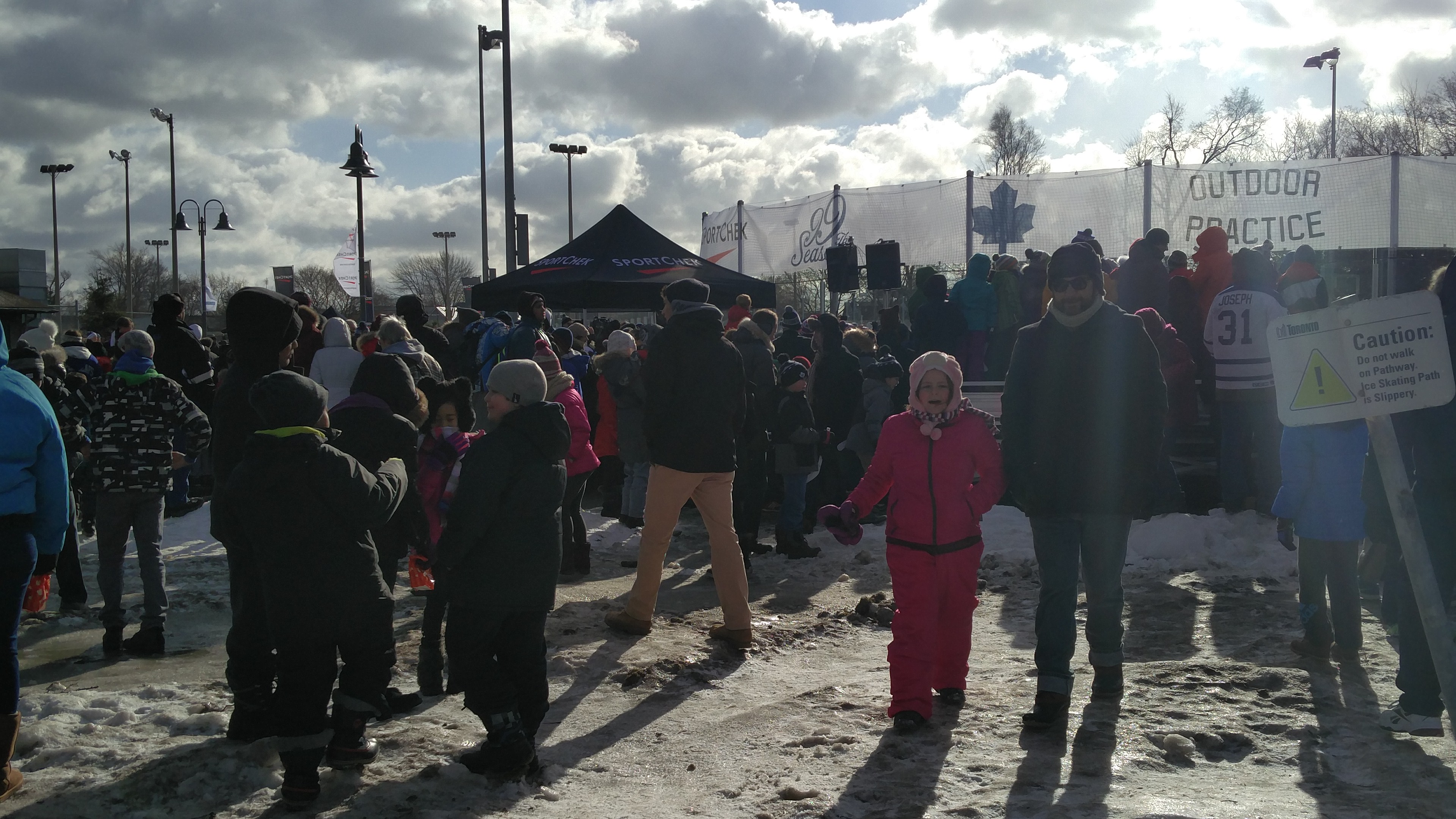 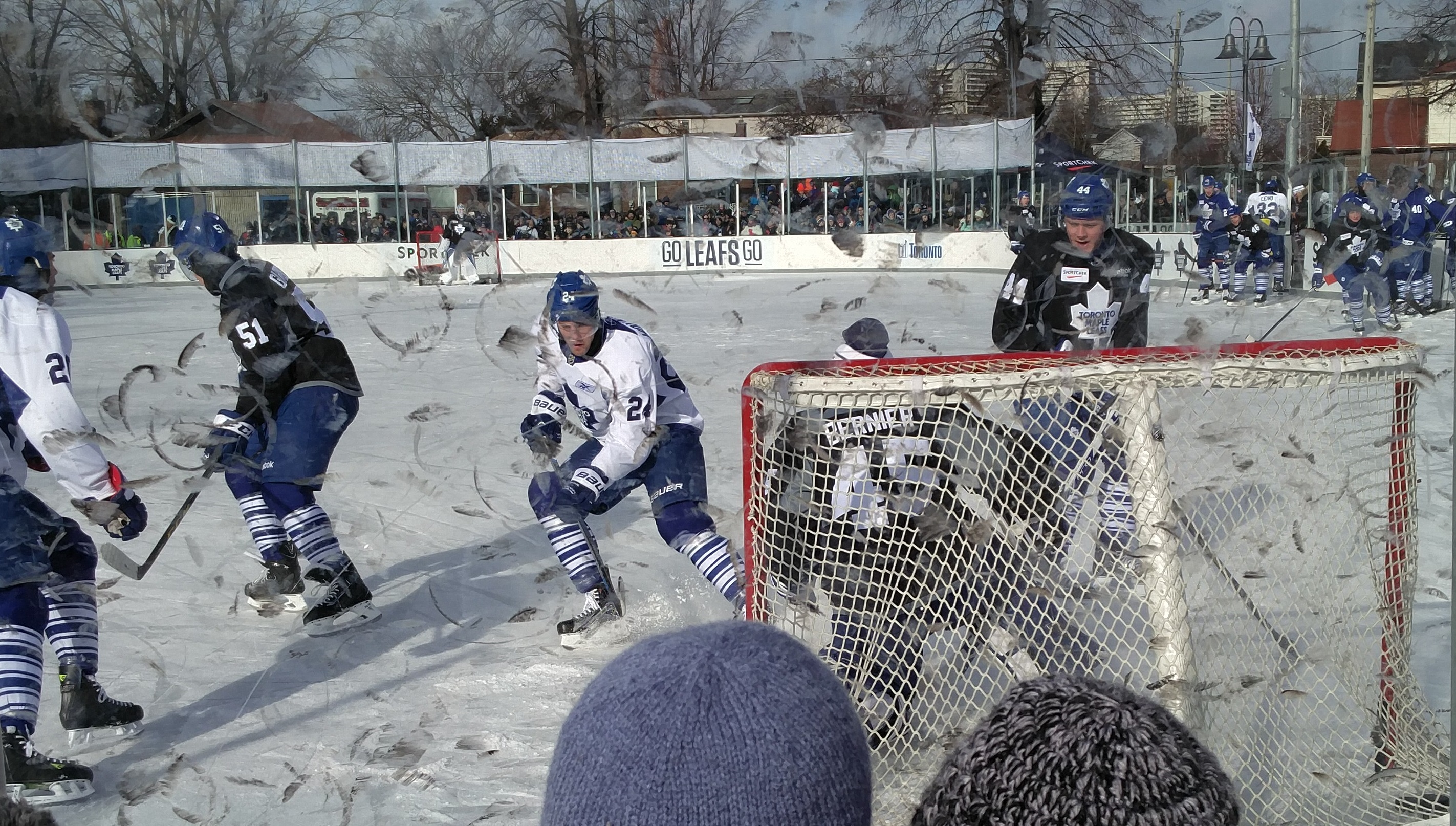 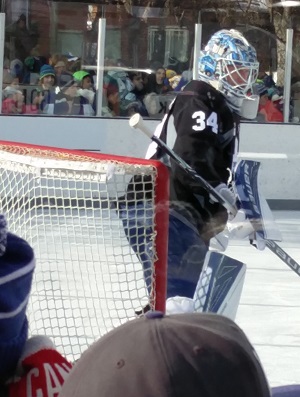 Mike Babcock did not spare the opportunity to put his team through a real practice, running multiple special teams and offense drills. Both goalies got in the action, with James Reimer in particular getting a big cheer from the local fans when he took the net.

The Leafs stayed out on the ice for about one hour, and then took time to sign sweaters and gear for all the assembled fans.

Most players gave away sticks and pucks, which made instant celebrities of the recipients. I shared a TTC ride home with a young chap who had Shawn Matthias' stick: he was by far the man of the hour, swarmed by his classmates who wanted to look and see the numbers and name on the tape indicating it was a real Maple Leafs' stick.

Toronto mayor John Tory made an appearance; completely sober, unlike some previous mayors; and was in high demand for group photos with the kids. 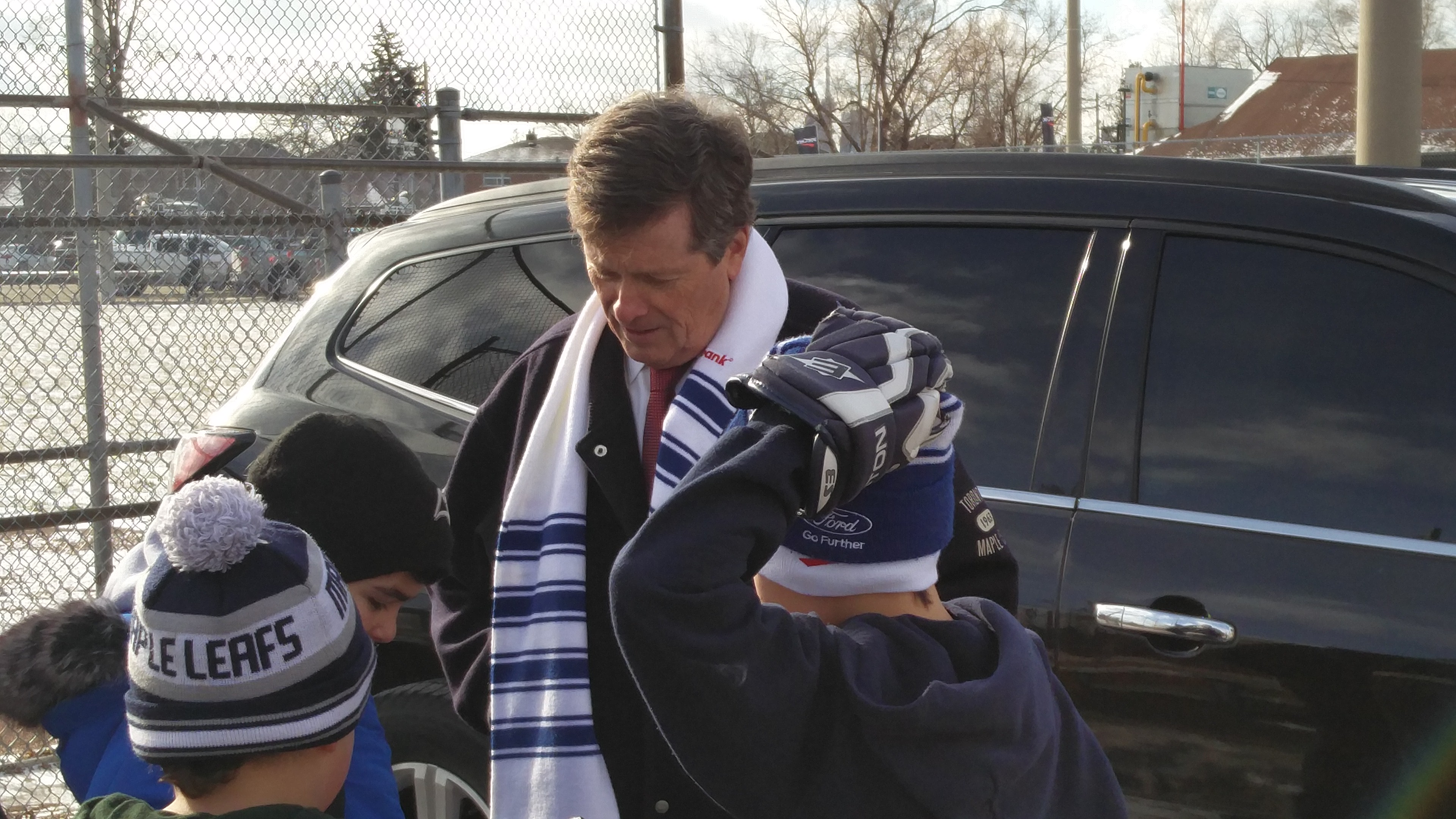 Fueled on free popcorn, and enjoying the chance to meet Leafs alumni Shayne Corson, and Curtis Joseph, the crowds were in great spirits the whole morning, despite it being so cold, and somewhat difficult for many to get a good view. Congratulations to The Leafs for another great outdoor practice. I'm already looking forward to next year's! 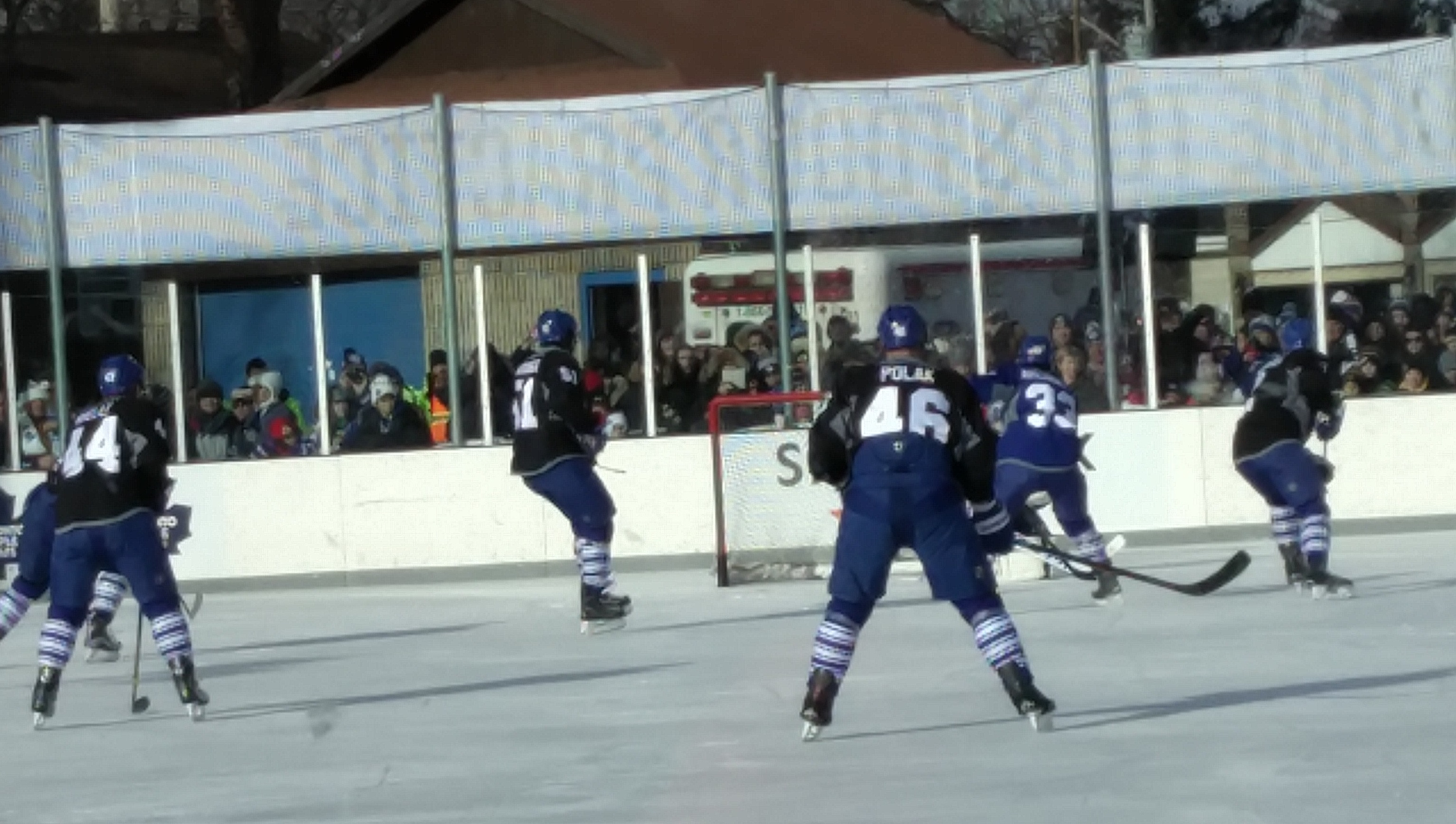 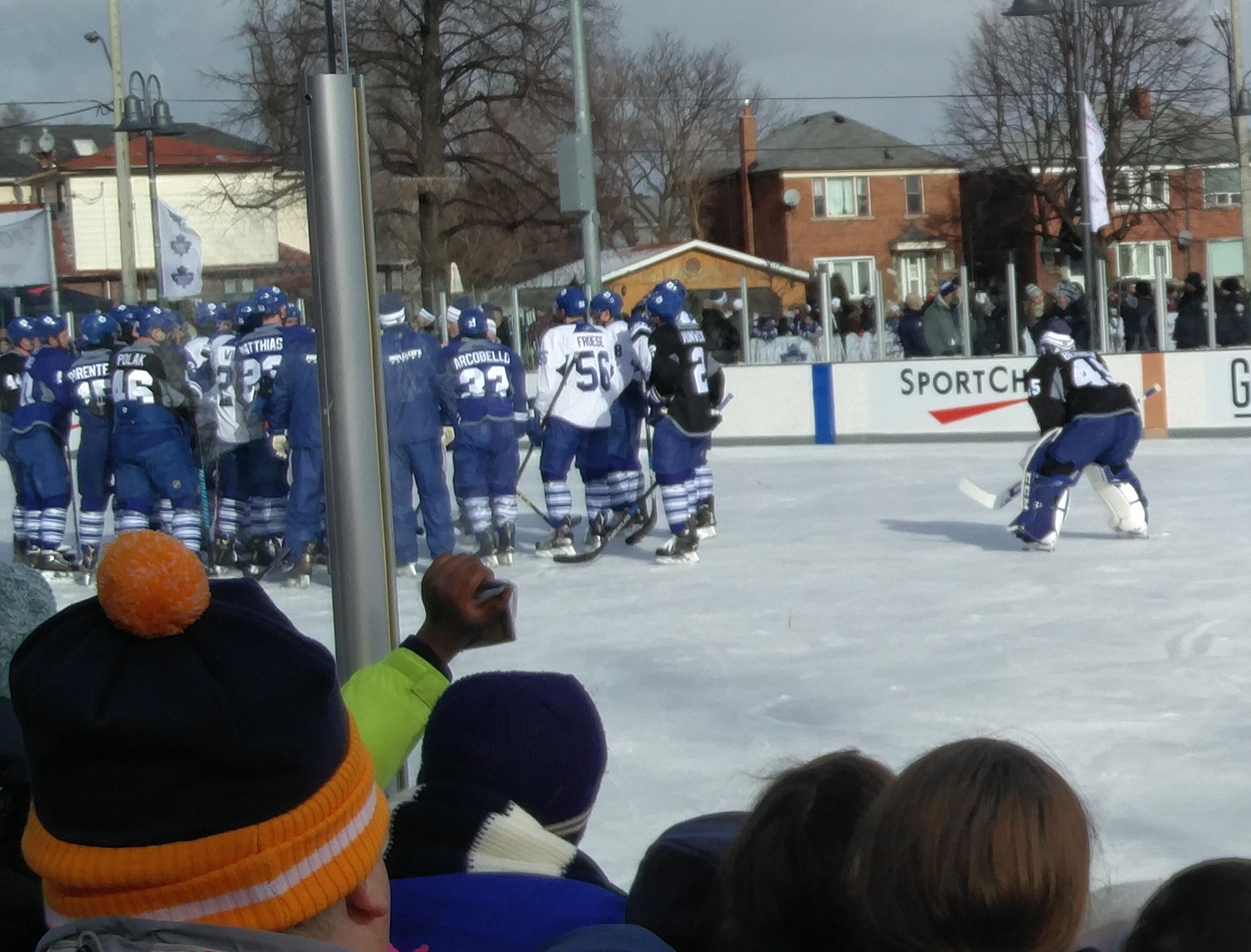