Hello! Uncle Leo is off to the All-Star Game in Nashville.

As a reminder, this years All-Star Game is a 3-on-3 mini tournament. Komarov will play on the Atlantic Division squad captained by Jarmoir Jagr, along with forwards Patrice Bergeron, Dylan Larkin, Ryan O'Reilly, and Steven Stamkos; defencemen Aaron Ekblad, Erik Karlsson, and P.K. Subban; and goalies Ben Bishop, and Roberto Luongo. They will play the Metropolitan division team in a 20 minute 3-on-3 game. The winner of the game will then go on to play the winner of the Western Conference game in a final match. The winning team splits a $1M prize.

You can find the full rosters here.

While playing at the game they will wear these lovely All-Star jerseys. 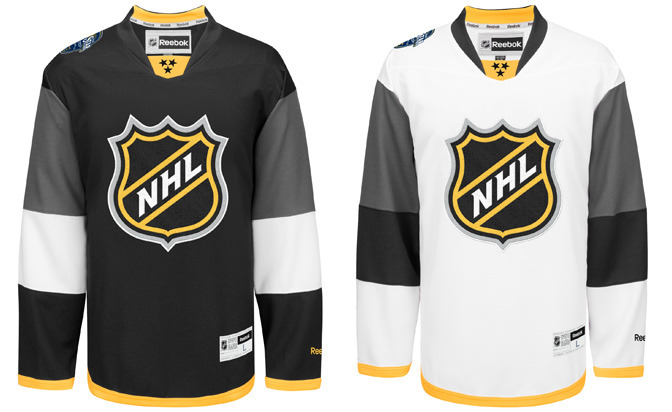