From the Branches: What's to-day, my fine fellow?

Share All sharing options for: From the Branches: What's to-day, my fine fellow? 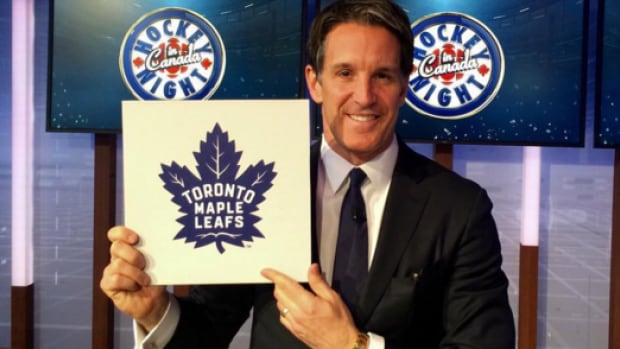 "What's to-day?" cried Scrooge, calling downward to a boy in Sunday clothes, who perhaps had loitered in to look about him.

"Eh?" returned the boy, with all his might of wonder.

Former MLSE CEO Richard Peddie On NHL In Vegas: 'It's A Bad Idea' | Forbes
"One person isn’t convinced that an NHL hockey team in Las Vegas is sustainable long-term."

Ottawa Senators associate coach Marc Crawford knows Auston Matthews as well as anyone | Ottawa Sun
"He’s got a really quality skill package and skill set. You couple that with the fact he’s very grounded and he’s very committed to be the best that he can be and those are the intangibles that you make you special. He’s the real deal and I think he’s going to have an impact right away. Everyone has some adjustment but once he’s done his adjustment I think he’s going to be a premiere player for years to come."

Mock Draft Round Up: Who are the Maple Leafs picking? | TBT
"Well as you can see, the possibilities are endless for what the Toronto Maple Leafs could do in the first round with their pick."

Heika: NHL expects teams to lose good players in the expansion draft, and that's how it should be | Dallas News
"Here's my take on the NHL's expansion draft next summer: Be prepared to lose a good player. It's only fair."

Lamoriello admits this is one of his better drafts | PPP
In case you missed this one too.

Frederik Andersen has a late summer hockey date | PPP
"Actually, he has two of them, and he's going to be very busy leading into next season."

N.H.L.’s Warm-Weather Outposts Produce Some Hot Prospects | NY Times
"Once upon a time, N.H.L. origin stories resounded, like a slap shot in an empty arena, with familiar tropes. They started on, say, frozen ponds and backyard rinks in Boston or Toronto, Detroit or Minneapolis. South meant St. Louis. West was Alberta and British Columbia."

2016 NHL Draft Preview: Meet Hockey’s Next Generation | The Ringer
"For all the ragged magnificence of the NHL playoffs, and with all due respect to that admirable slog, there’s something so refreshing every year about the first couple of weeks after the Stanley Cup."

Projecting a roster for the NHL's new Las Vegas expansion team | CBS Sports
"Congratulations, Las Vegas. You're about to get a new NHL team. So what is it going to look like?"

Sharks willing to move Reimer's rights over the next few days if a team shows interest in pending UFA goalie. Did same with Niemi a yr ago

Why the NHL in Vegas might work (Video) | Puck Daddy

Taking a quick look at Keith Yandle's new contract | Blueseatblogs
"We all knew going into his big contract that Yandle would not come cheap. We also knew that his gross misuse over the past season would likely lead to his exit."

Radko Gudas signs extension with Flyers | ESPN
"A source told ESPN's Pierre LeBrun that it is a four-year extension worth $3.35 million annually."