The roster has some familiar faces, but a lot of new ones.

The Marlies are back!

Most of them have been off pretending to be Leafs for the month of September, but once it’s October it’ll be time to get the right jersey on.

The one with this logo on it: 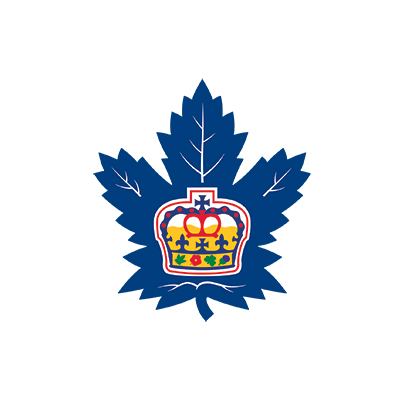 The Marlies will open training camp on Monday, Oct. 3 at the MasterCard Centre for Hockey Excellence in Etobicoke. On-ice sessions will begin at 1:00 p.m. with a scrimmage at 1:45 p.m., media availability to follow.

The official roster with more details on each player is here.

This is just the camp roster, and while there are no roster limits in the AHL, quite a few of these players will not be on the team in a few weeks. There are several certain and likely Orlando Solar Bears getting to show their stuff to the Marlies coaches, and there are some players that are not yet under contract. There’s even a few mysteries.

That is 11 defenders, 19 forwards and 3 goaltenders.

There are a few players who are under contract to other ECHL teams according to Elite Prospects. It’s possible they are on try-outs to see if they can handle a promotion to the Marlies, or they might be loans to make up the numbers for a few days.

Shane Conacher hasn't been at camp yet, and he played so few minutes last year it's hard to get a feel for his level. He’s not on this roster either, so perhaps he has an injury.

A question of a different kind is who is flying south for the winter.

Chase Witala and Cason Hohmann, two signings from the end of last year, got little action in the main camp and might be more Solar Bears material than Marlies. Ethan Werek was an invite to camp and seemed always destined for this one.

The Cuts are Coming

No, not from this camp, although the Solar Bears are running their own camp, and some of these guys will fly south soon, but the cuts from the Leaf camp are also due. By next week more familiar names should be added to this very intriguing list.

But for now, it’s impressive that they made a roster capable of playing a game without any of the players currently in Leafs’ camp.

The Marlies play their entire pre-season schedule in Newfoundland against the IceCaps. The first game is Thursday, October 6.

The Marlies return to the MasterCard Centre on Oct. 11 and 12 before moving to Ricoh Coliseum for practice on Oct. 13 and 14. The Marlies open their regular season on home ice against the Utica Comets on Saturday, Oct. 15 at 1:00 p.m.

Real games get underway Saturday, October 15 against the Comets at home at Ricoh.