From the Branches: Czech it out!

Team Czech gets a captain, Cory Schneider gets star-spangled pads, and other World Cup of Hockey news.

Share All sharing options for: From the Branches: Czech it out!

Tomas Plekanec named Czech captain for World Cup | HEOTP
The team of Mrazek, Sustr and Palat has a C!

World Cup of Hockey 2016: Get to know Sweden’s forwards | Fear The Fin
"Sweden doesn’t touch Canada in terms of overall talent or depth, but this is one team that at least has a chance of upsetting the Maple giants."

HOLTBY SAYS PRICE SHOULD START FOR CANADA IN WORLD CUP OF HOCKEY | CSN
"All of us want to play, but if Carey's healthy, there's no reason to not go with him," Holtby told Katie Brown of NHL.com. "He has all the experience internationally and the smart choice obviously would be that. I'm going to go there and play hard, [do] what I do, support the team in any way possible, whether it's playing or supporting another guy."

A rejuvenated Sidney Crosby will lead team of leaders at World Cup | Buffalo "Harrington" News
This column was not all that offensive (OK maybe offensive to Penguins, a little) and gave a decent look at the World Cup storylines, so I am linking to it.

Devils’ Cory Schneider to wear star-spangled pads at World Cup | THN
Team America is still terrible, but at least I can appreciate the heck out of these pads.

Are you excited for the World Cup? | Raw Charge
My pal Waffleboardsave did a good roundtable with a buncha Americans asking if they give a shit. "The first World Cup of Hockey was one of my earliest exposures to the game, and I imagine I’m not the only one who fell in the love with hockey permanently thanks to a team of Americans led by the likes of Brett Hull, Mike Richter and Tony Amonte."

Frederik Andersen is Lego Batman for the World Cup | PPP
And here, look how cool these other World Cup buckets from Daveart are: 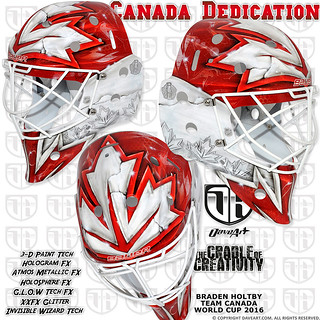 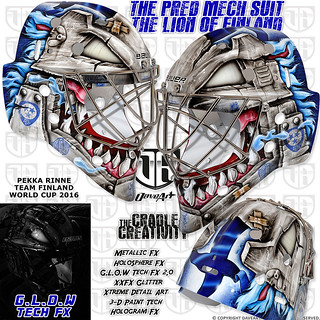 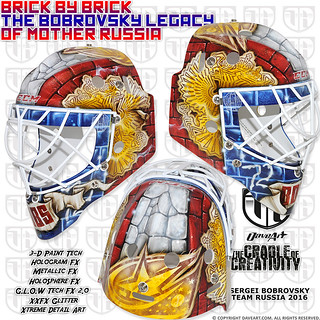 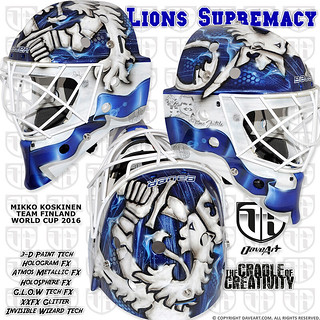 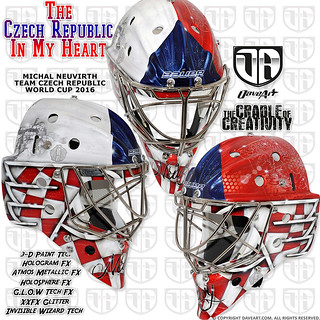 You Are Not Cowards, I Promise | TBT
Sarah Howling wrote in support of closeted athletes.

The Cannon Top 25 under 25 #6: Zach Werenski | Jackets Cannon
I am posting this T25 from another site because I really enjoyed watching Zach Werenski at the Frozen Four.